Vinegar valentines are not the sweet nothings you expect to receive on the day dedicated to love they are in fact insult based greetings cards printed on cheap one sided paper featuring grotesque caricatures meant to insult or amuse. 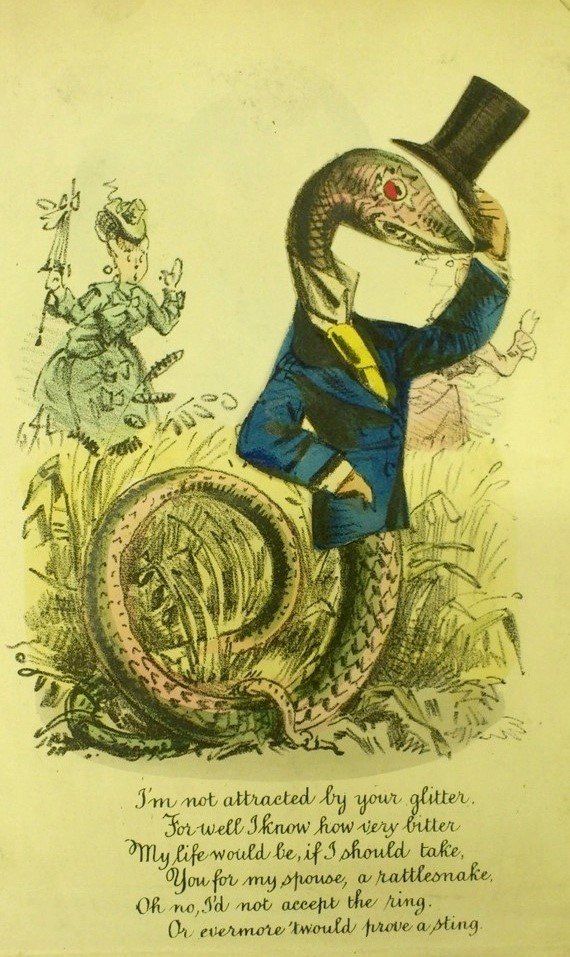 They caused a stir through all social levels not merely the low economic levels, provoking arguments and even fist fights. 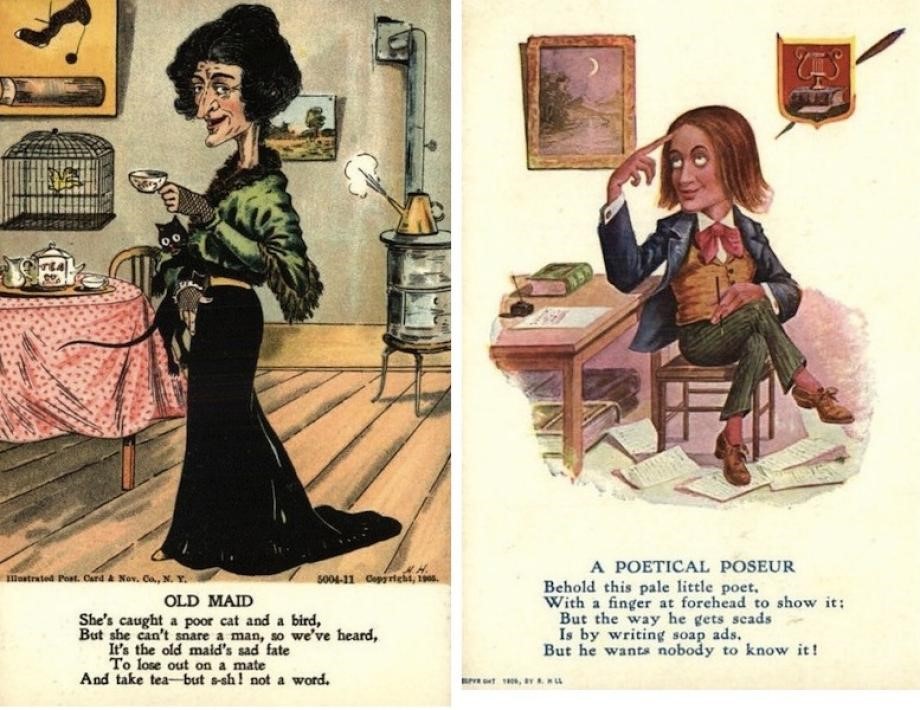 On top of this, until the 1840s, it was the recipient of a letter not the sender that paid for postage. This meant that whoever received one of these had to pay for the pleasure of being insulted. 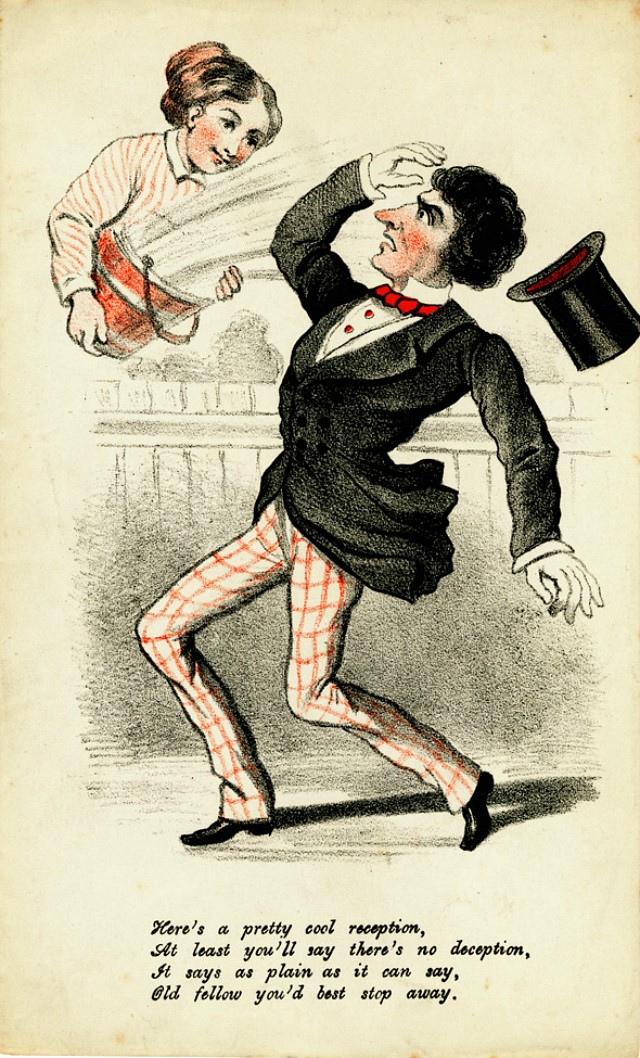 However, some cards were confiscated by postmen if they were deemed ‘unfit for delivery’. They were most popular in the late Victorian era and the first quarter of the 20th Century. 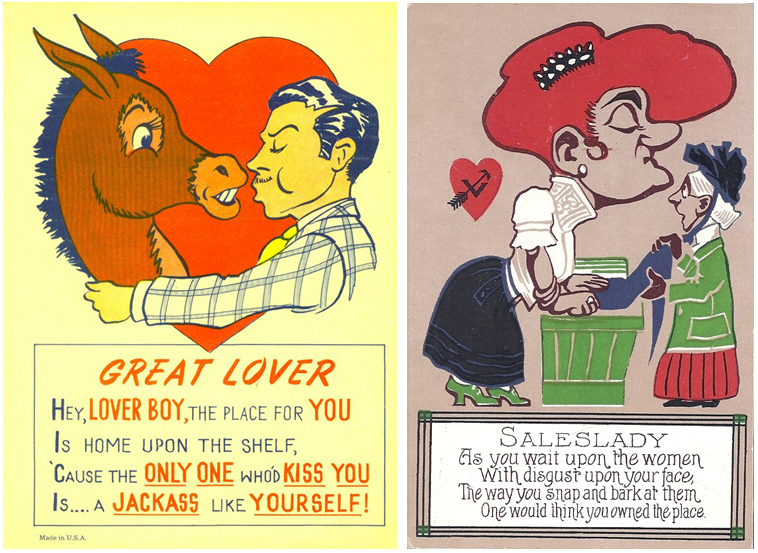 There were cards for all kinds of insults, baldness, mean comments on people personalities and jibes about status. They even targeted certain professions. 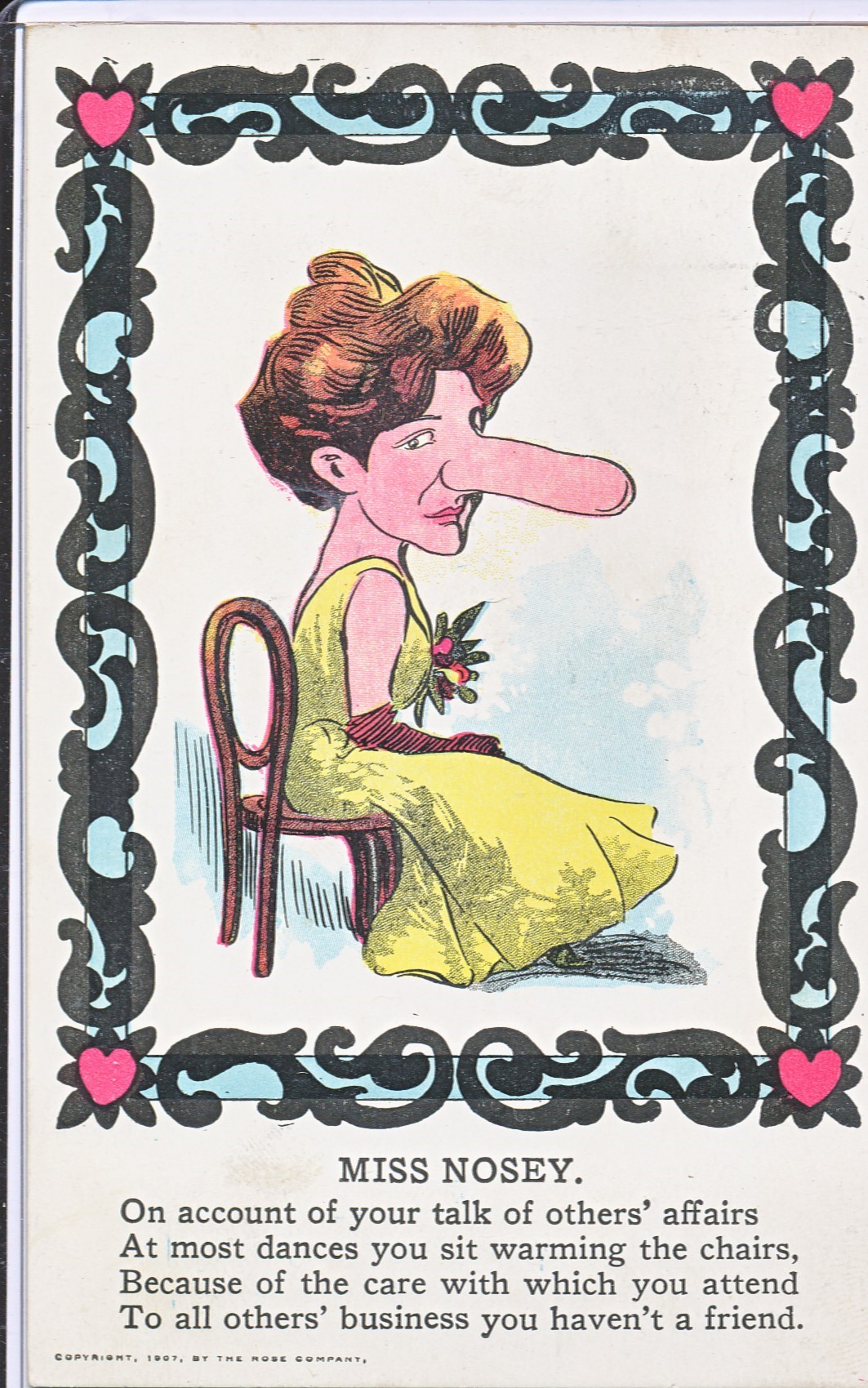 Many men sent them to their male friends as jibes about their lack of proper valentine. 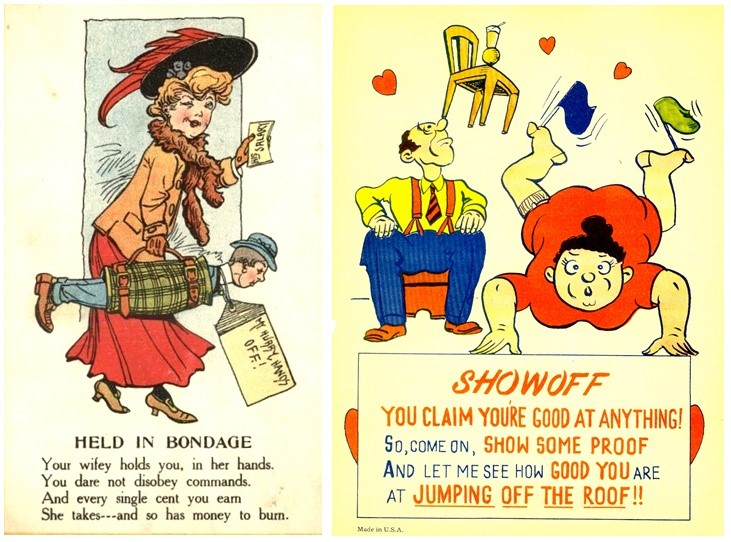 These anonymous insults are very rare and therefore, valuable to collectors, as not very many people would keep them as a treasured possession and were more likely to through them into the fire 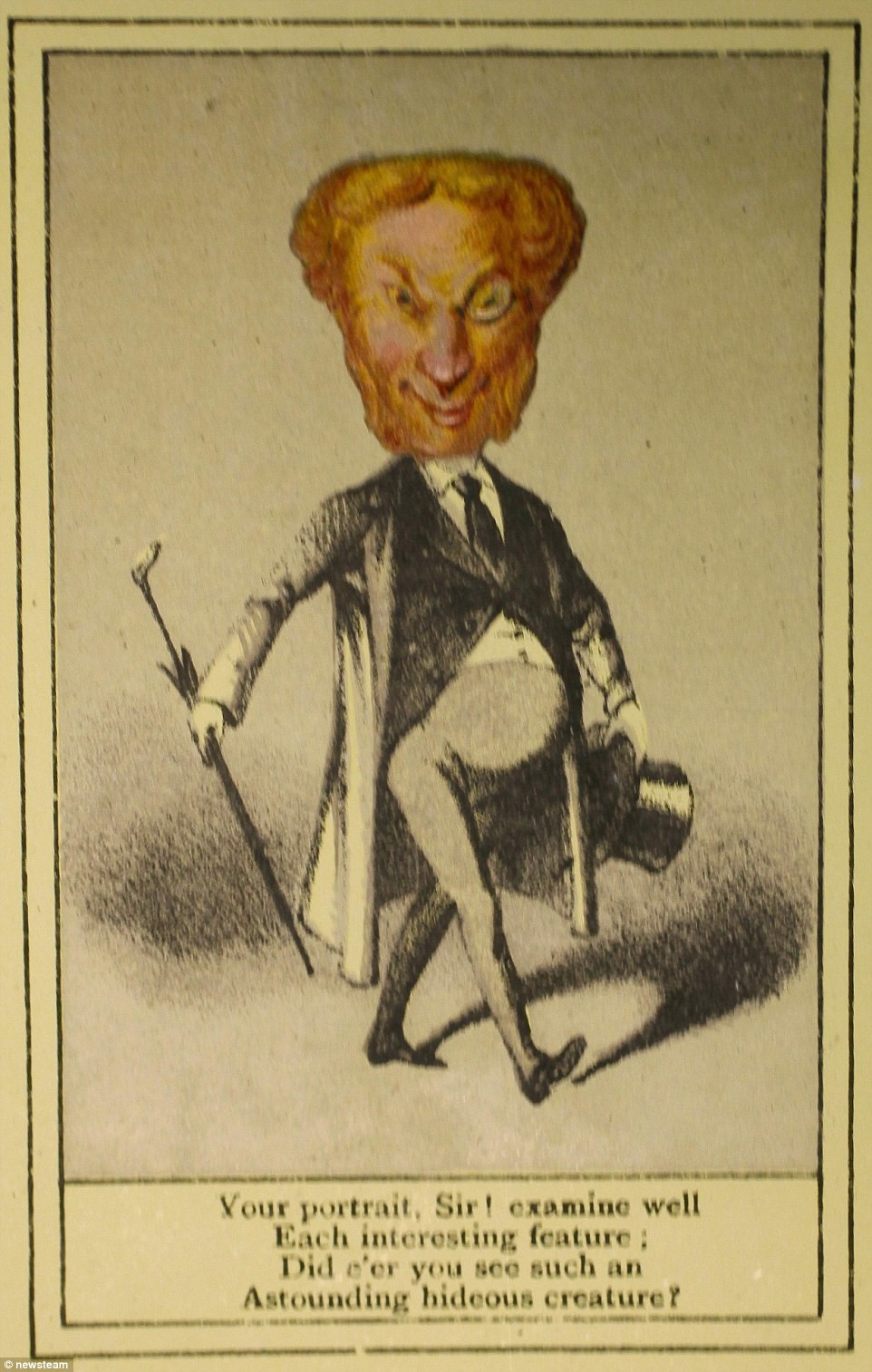