These Lego figures were sent up in August 2015 for a mission orbiting the Planet Jupiter. The figures portray the Roman god Jupiter and his wife, the goddess Juno, and famous astronomer Galileo Galilei. 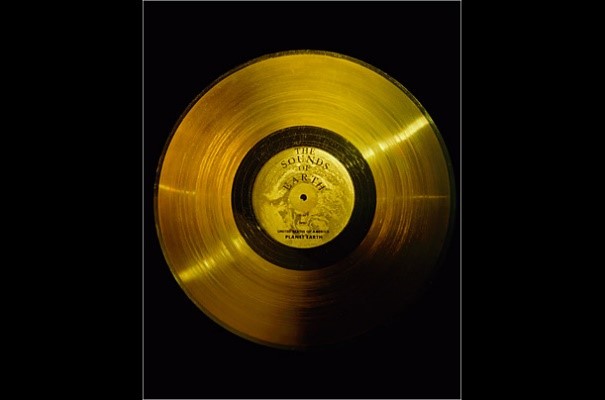 Since 1977, NASA has been sending up the sounds of earth to any extra-terrestrial ear that wished to have a listen. These sounds include mothers kissing their babies, wind, waves and an address by President Jimmy Carter. All these are engraved on gold-plated copper discs. 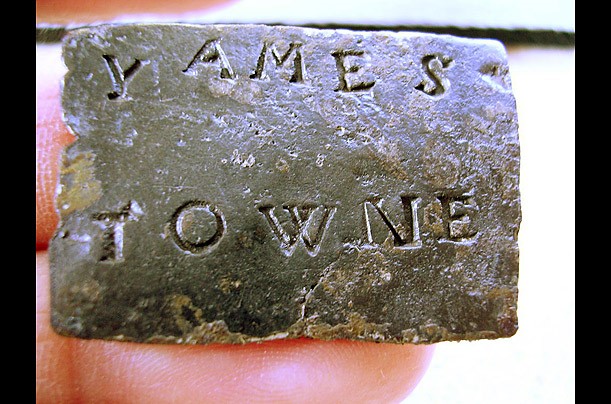 This Tag was probably once attached to a shipping crate but was found at the bottom of a well in the Jamestown archaeological dig in Virginia, USA. In addition to this, two coins from the same period were sent to commemorate the first permanent British settlement in America. 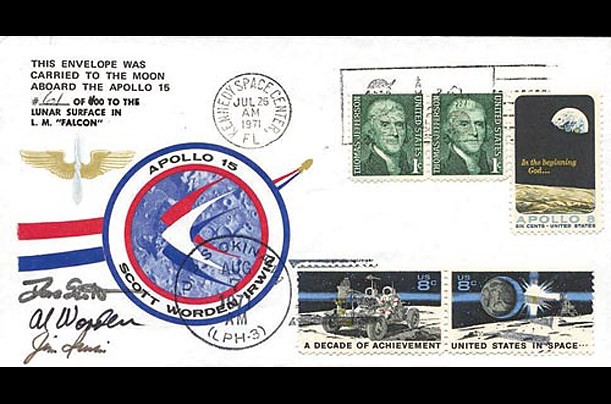 In 1971, aboard the Apollo 15 mission, were famous controversial astronauts. What was it that they did that was so bad? Well, they took 400 postage-stamp covers with them which they intended to sell upon their return, these were classed as unauthorised souvenirs. From this new rules were created about what could or could not be taken into Space. 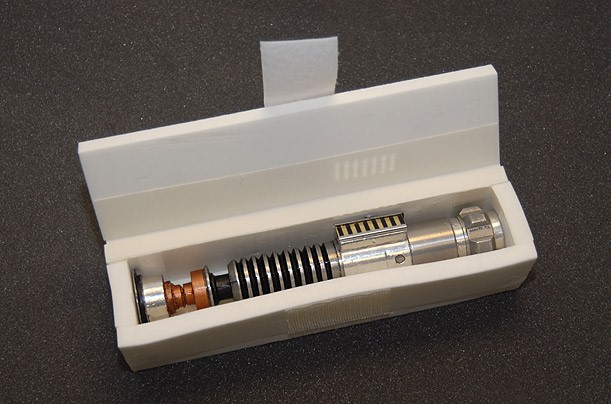 In 2007, a prop lightsaber from the Return of the Jedi was sent up into space. It followed a long journey across America, escorted by Star Wars-costumed fans before being flown up to space with the Discovery shuttle. 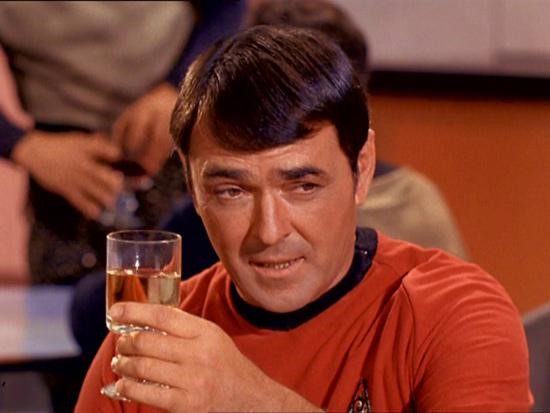 Beaming up Scotty turned out to be a lot easier said than done. James Doohan, the actor who played the original Scotty’s final wish was to be blasted up into space. The first time failed with the ashes crashing down in the New Mexico desert, the second time the rocket carrying them exploded over the Pacific Ocean. Finally, however, they managed it by sending a small portion of his remains aboard the Columbia mission STS-52 in 1992. 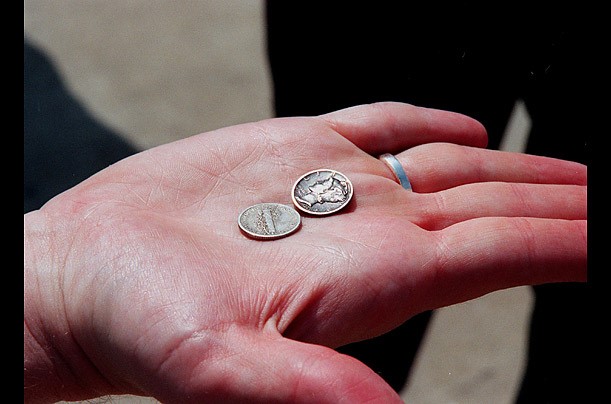 In July 1961, Gus Grissom piloted the first human-spaceflight programme in the US. He took with him, “50 dimes, for the children of his friends; three $1 bills; some small models of the capsule; and two sets of pilot’s wings”. All of these things would gain value because they had been into space. His flight lasted 15 minutes and 37 seconds, but upon his landing in the Atlantic Ocean, the souvenirs proved to add extra weight to his craft and caused it to sink faster. The helicopter that picked Grissom up could not carry the water-filled vessel, it then sank but was recovered 30 years later along with some of the dimes. 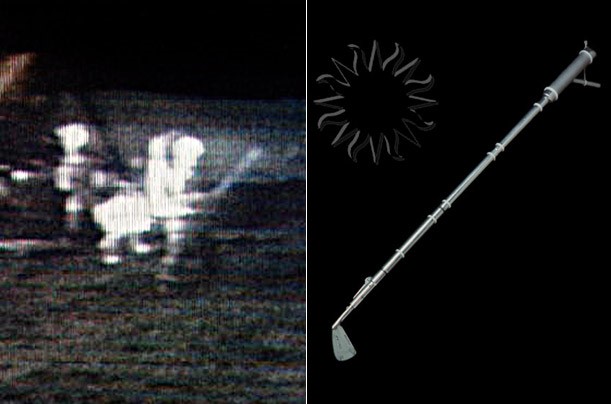 On the Apollo 14 space mission, astronaut Alan Shepard decided that he wanted to play golf on his spacewalk. This took a few attempts because of the bulk of his spacesuit, but on his final go he managed to send the ball flying for “miles and miles and miles”. One his return he gave the club to the U.S golfing association, above is a replica of said club. 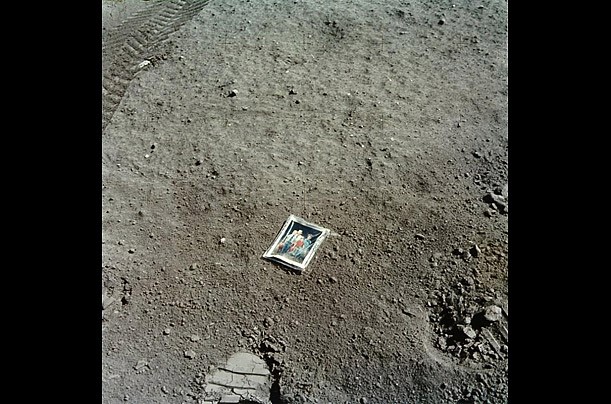 For Charles Duke, being the youngest person ever to walk on the moon wasn’t enough, he also wanted to make the lunar walk more special he decided to leave behind a portrait of his family, and to make sure everyone knew, he took a photo of it for good measure. On the back of the frame it reads: “This is the family of Astronaut Duke from Planet Earth. Landed on the Moon, April, 1972.” 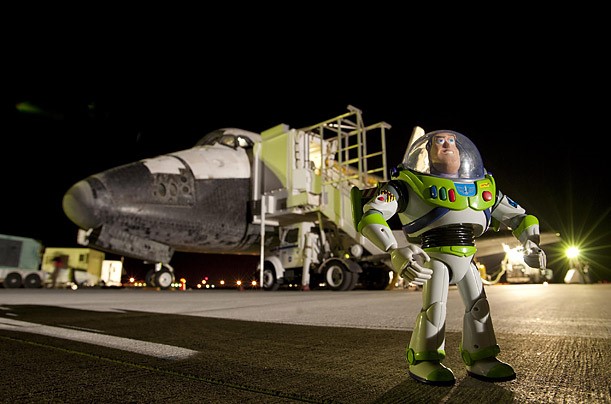 The Astronaut action figure of Toy Story fame, went up into space in 2008 with the discovery mission STS-124. It stayed on the International Space Station for 450 days before returning to Disneyland and being given a parade in its honour. He went to space to coincide with the new Toy Story Mania! attractions in Disneyworld and Disneyland.