Hope you’re all having a fantastic Christmas season!

Here at Star Name Registry, we’ll be closing the office for Christmas 😊 But if you’re putting off naming a star until January and looking for some stellar events to give you inspiration here’s some astronomy adventures you can in the meantime.

On the December 21 at, the sun will reach the southernmost point for the year. Because the sun is so low in the sky, we’ll be getting the shortest day of the year. From that day onward the sun will only be getting higher in the sky until the summer solstice. But that’s only if you’re in the northern hemisphere.

If you live in the southern hemisphere, you’ll be having the summer solstice and the  longest day of the year! So our Aussie Star Namers among us can expect a lot of sunshine while we all freeze up here in the North.

While not one of the better known astronomical events, the Ursid Meteor shower is still great if you want to get a meteor shower fix for the Christmas period.

On December 22 we’ll see a peak in the number meteors with up to 20 meteors per hour happening. You’ll have to pull a late one though as the best time to keep your eyes peeled will be from midnight to dawn . The best place to keep looking to see the meteors will be just above the Little Dipper (Ursa Minor) near Polaris –

And it is the Ursa Minor Constellation  that the The Ursids device their name from.

The meteors actually originate from the Comet 8P/Tuttle. It goes around the sun every 14 years and is not a very bright comet, due to its many trips around the sun.

The meteor shower itself occurs when Earth passes through the trail of dust and debris left along the comet’s orbit. 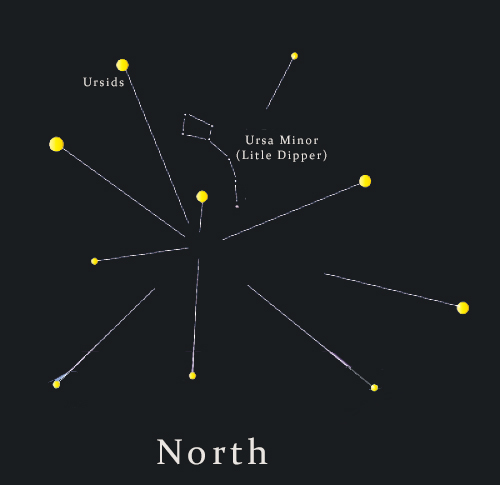 Perhaps one for those of you with a telescope, – you can see the occult of Aldebaran.

Aldebaran is the brightest star in the constellation of Taurus and on the 30th the moon will pass right over the whole constellation.

But Alderbaran will shine through on the bottom left hand side of the moon, winking ever so slightly – like in the picture below. This will probably only be able to be seen in the early hours of the evening though, you’ll need to still ne up after all the Christmas  partying.

Aldebaran is one of those lesser known stars, so it’s good to see the moon adopting a star that needs more love. 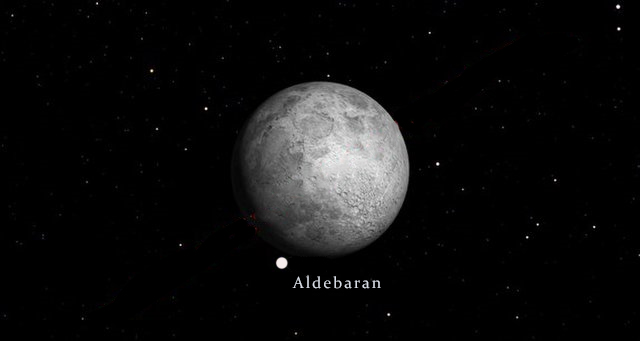 We hope you all have a great Christmas.