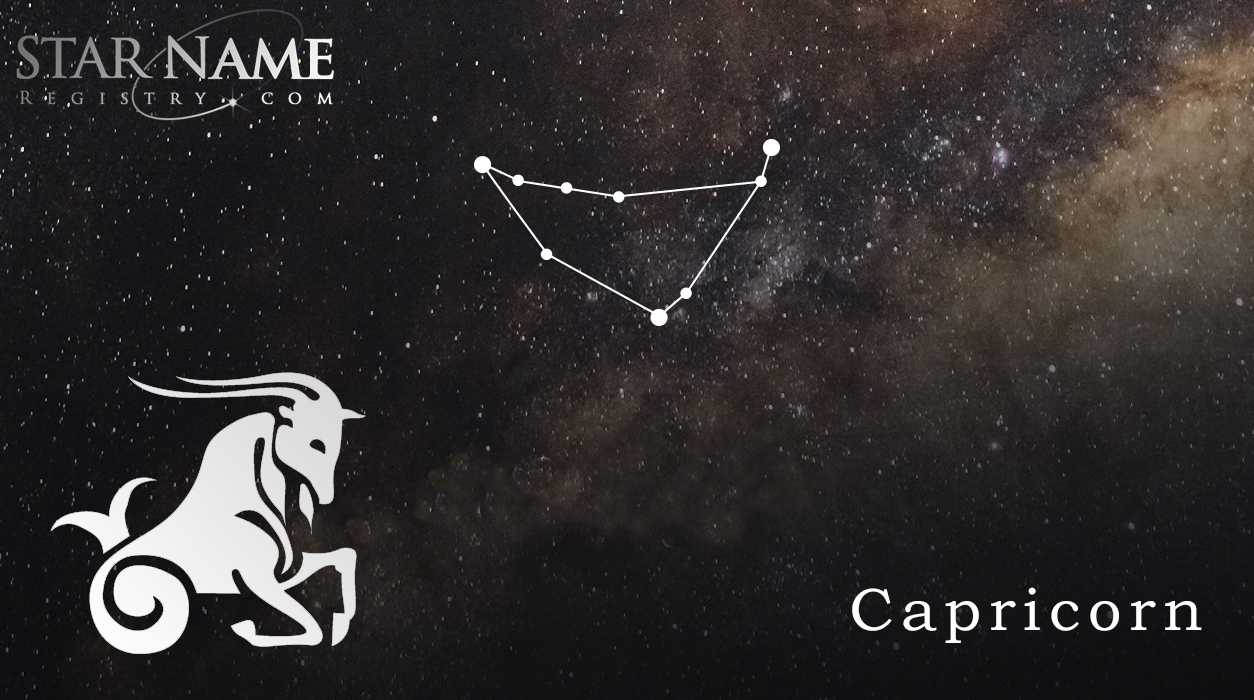 December can bring a lot of excitement! So much so that other things can often get lost in the haze of the Christmas lights. None suffer more than those poor Capricorns. While we’ve made it super easy to register a star, it can be difficult of Capricorns to register any attention for their month during this intense time of the year.

The astrological period of Capricornus is between the 23rd December to 19th January – so it’s no wonder just two days before Christmas the Capricorns get overtaken by the needs of Christmas! Today we take a look at some facts and the mythology behind the strange water-goat, and maybe provide that perfect inspiration if you want to dedicate a star within the constellation of Capricornus.

The word Capricornus comes from Latin. Loosely translated it means “horned goat”, “goat horn” or “having horns like a goats”.  It is commonly represented in the form of a sea-goat: a mythical creature that is half goat, half fish.

But where does this representation of The Sea-Goat or Goat-Fish come from? Some scholars believe there might be some similarities with (and indeed might well have originated) from the Assyro-Babylonian depictions of their god of wisdom Oannes He was said to have taught Mankind the importance of writing, the arts, and the sciences. 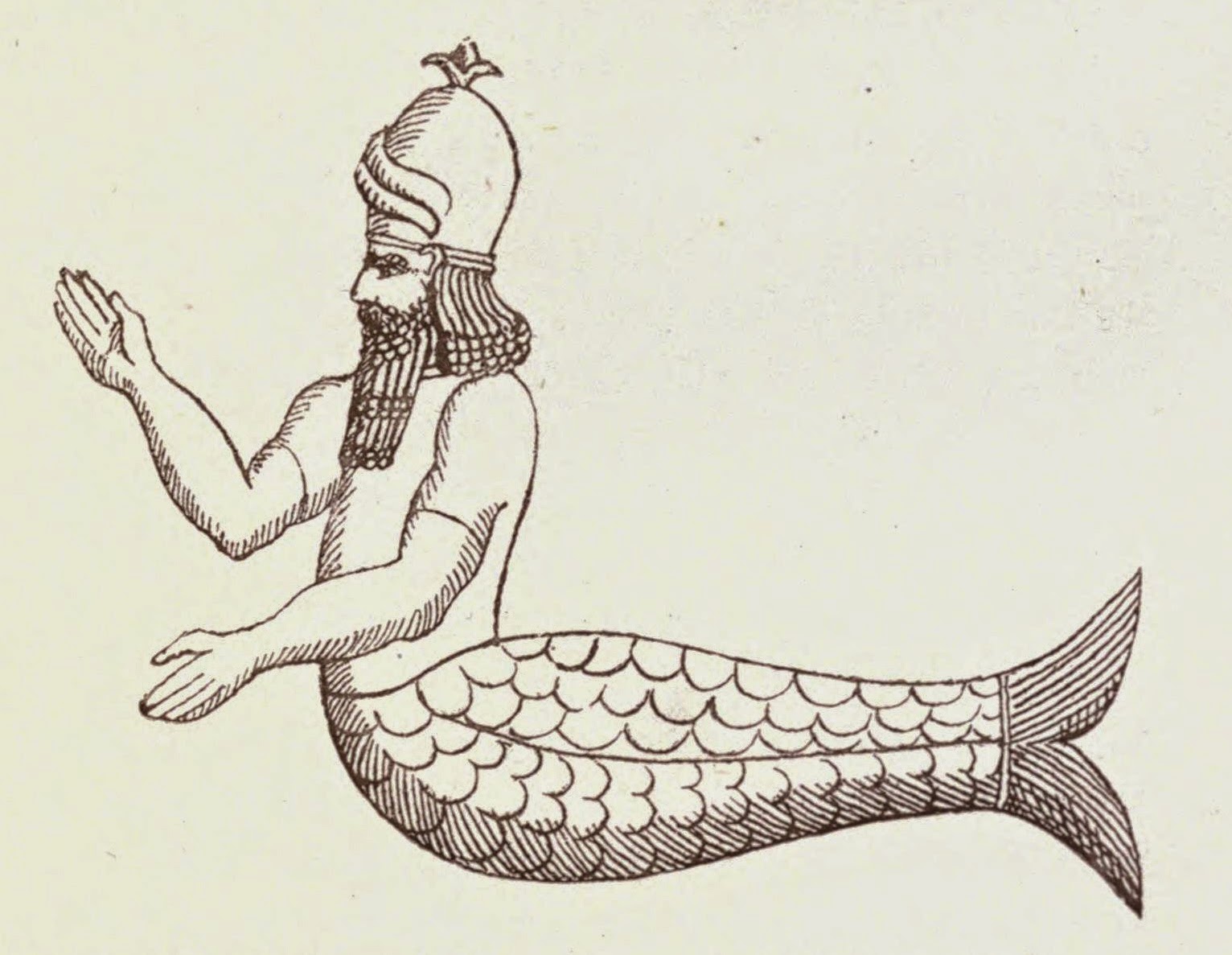 Whether the connection between Oannes and Capricornus is legitimate or not, we know for sure that a connection wasn’t made to the stars until the ancient Greeks came along. The Greeks were very keen on the pastime of naming a star, and not just a singular star, but the multitude of stars that became the constellations. Though the constellations were never just formed. There’s always a tale to go along as well.

As usual with Greek Myths, there are many different versions of the same story, but this is the version that we like the most.

Long before the Olympians held dominion over the world – they were constantly challenged by their predecessors the Titans.  This war was known as the Titanomachy and it was waged by Zeus with his brothers and sisters.

Eventually, the Olympians succeeded and utterly defeated the titans.

Enraged by what the Olympians has done, Typhon, son of the Titan Tartarus set out to singlehandedly defeat the Olympians once and for all. Typhon was a fearsome fire-breathing beast! It was said that he was taller than mountains and his arms possessed dragons’ heads in place of fingers.

The Olympian gods sought to escape his wrath by fleeing to Egypt adopting various disguises: Zeus, a ram – Hera, a white cow etc. But Zeus was spotted by Typhon. Typhon attached and Zeus was utterly dismembered by the creature.

While this was happening, the god Bacchus was sitting by banks of the Nile river when he saw the attack. He wanted to escape, but he also wanted to help Zues whom the Typhon was close to killing. Bacchus dove into the water and transformed himself; but his two desires split how his body emerged. He got the tail of a fish due to his desire to run away and the head of a goat with horns so that he could fight the monster and save his master from certain death.

Before Zeus could be utterly annihilated, Typhon went to attack Bacchus as he’d never seen such a beast and was scared by it. While Bacchus and Typohn duelled, an agile Hermes collected the supreme god’s limbs and carefully restores him.

Zeus then used his lightening to strike down the Typhon, injured in its fight with Bacchus.

With Typhon destroyed, Zeus’s rule of the cosmos absolute, he rewarded Baccus by casting his image of the Goat-Fish into the sky, forever immortalised as the constellation that he named Capricornus . 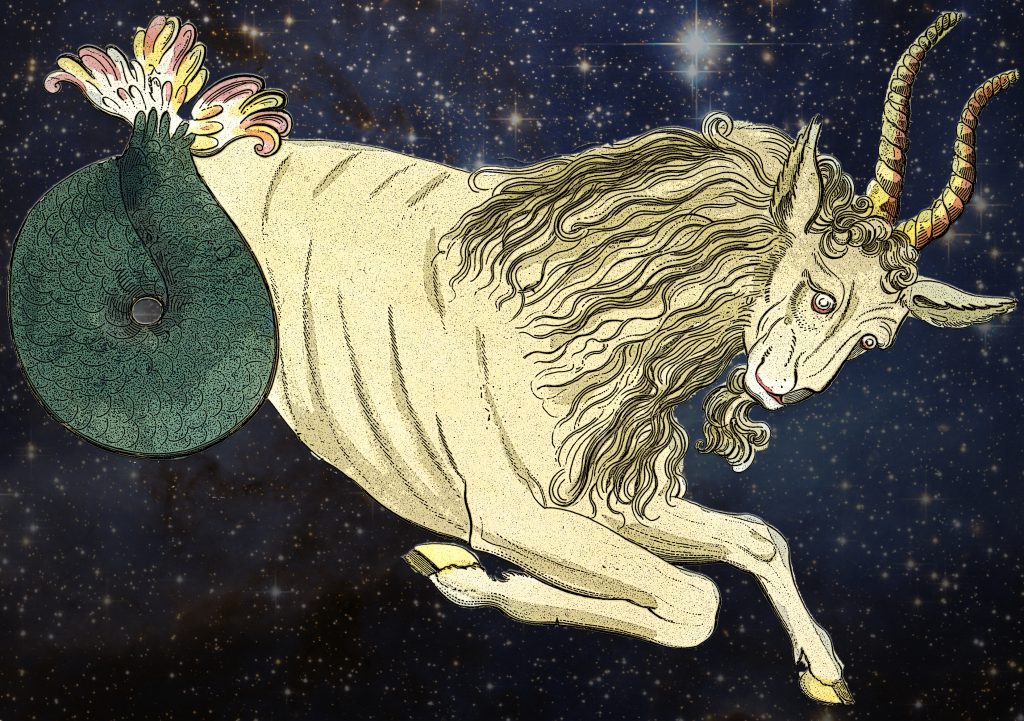 In the world of Science, there are some interesting facts.

Capricornus is the 40th biggest constellation in the sky, It lies in the fourth quadrant of the southern hemisphere (SQ4) and can be seen at latitudes between +60° and -90°.

The brightest star in the constellation is Deneb Algedi, Delta Capricorni.

If you’re looking for the perfect gift for that special Capricorn in your life, why not adopt a star within the constellation for their upcoming birthday!