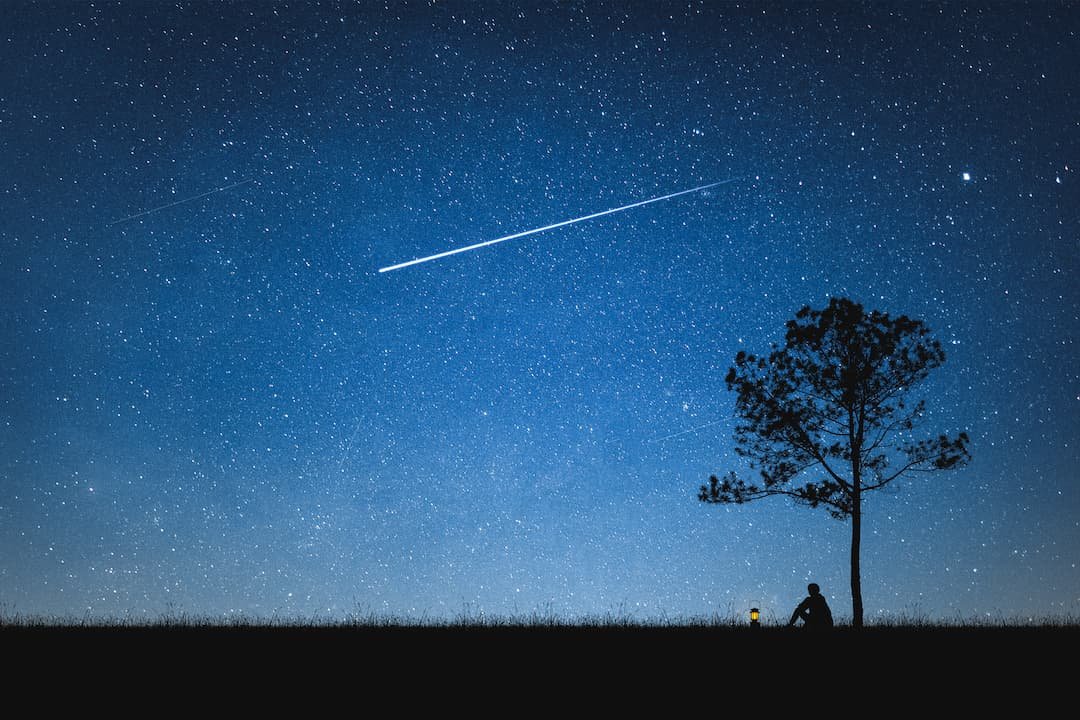 “They are shooting stars - a spectacular moment of light in the heavens, a fleeting glimpse of eternity. And in a flash, they’re gone” - Nicholas Sparks

We’ll start with the science bit - what ARE shooting stars?

They’re tiny bits of dust and rock called meteoroids that burn up as they fall into the Earth’s atmosphere. They move at such a super fast speed that it heats up and glows as it moves through the atmosphere creating the ‘shooting star’ phenomenon.

Because they’re so fleeting and momentary, over the years a number of legends have arisen around them including the most notable ‘wish upon a shooting star’ idea.

Many consider a shooting star to be lucky- including that saying the word ‘money’ three times as you see a star cross the sky could bring you a financial fortune (worth a try, right?).

They’ve not always been considered as a good thing, though. Back in older times, a shooting star was considered an omen of dangerous times ahead.

Shooting star theories vary around the world. For instance, in Native American tribes, they were considered to be war omens or traveling spirits of shamans and heroes. Ancient Greeks and Romans believed they heralded the birth of a great figure or a sign that something good OR bad was about to happen.

In ancient times, the stars were believed to be gods or supernatural beings staring down at the planet. Because of this, it was considered to be incredibly bad luck to point at the stars as it could anger the gods and bring bad luck upon them.

Create your own luck, search the skies for your own superstar and make your mark in the constellations, because it’s time to name your very own star right here.