Halley’s comet must be one of the most famous ever. Its periodic appearances, about every 75 years or so has added to its celebrity.  It last appeared in our skies in 1986, and it set to return in 2061. 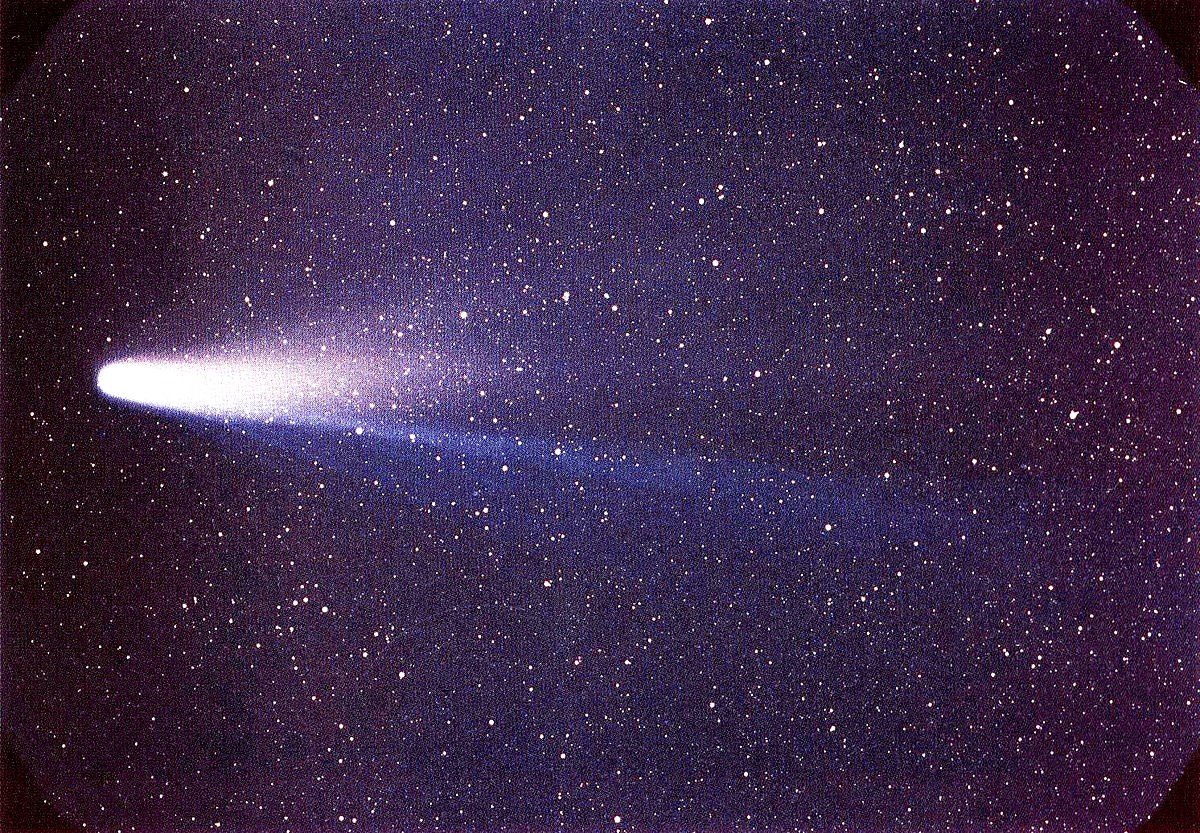 The comet is named for the astronomer who discovered it – Edmond Halley. He examined reports of comets approaching Earth in 1531, 1607, 1682, and concluded that they were not all different ones but the same comet returning over, and over again. He predicted that it was to return again in 1758. Sadly, he would not live to see its return but his discovery led to the comet being named after him. 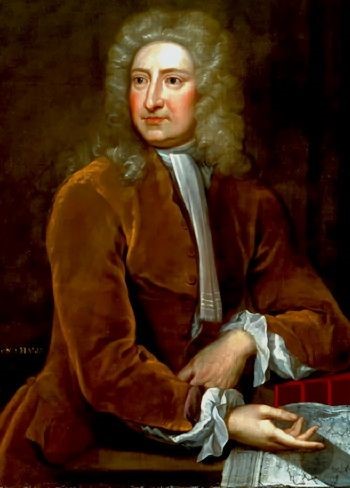 According to the history books, the first time that Halley’s comet was spotted was in 239 B.C. It was recorded in by Chinese astronomers in the Shih Chi and Wen Hsien Thung Khao Chronicles. 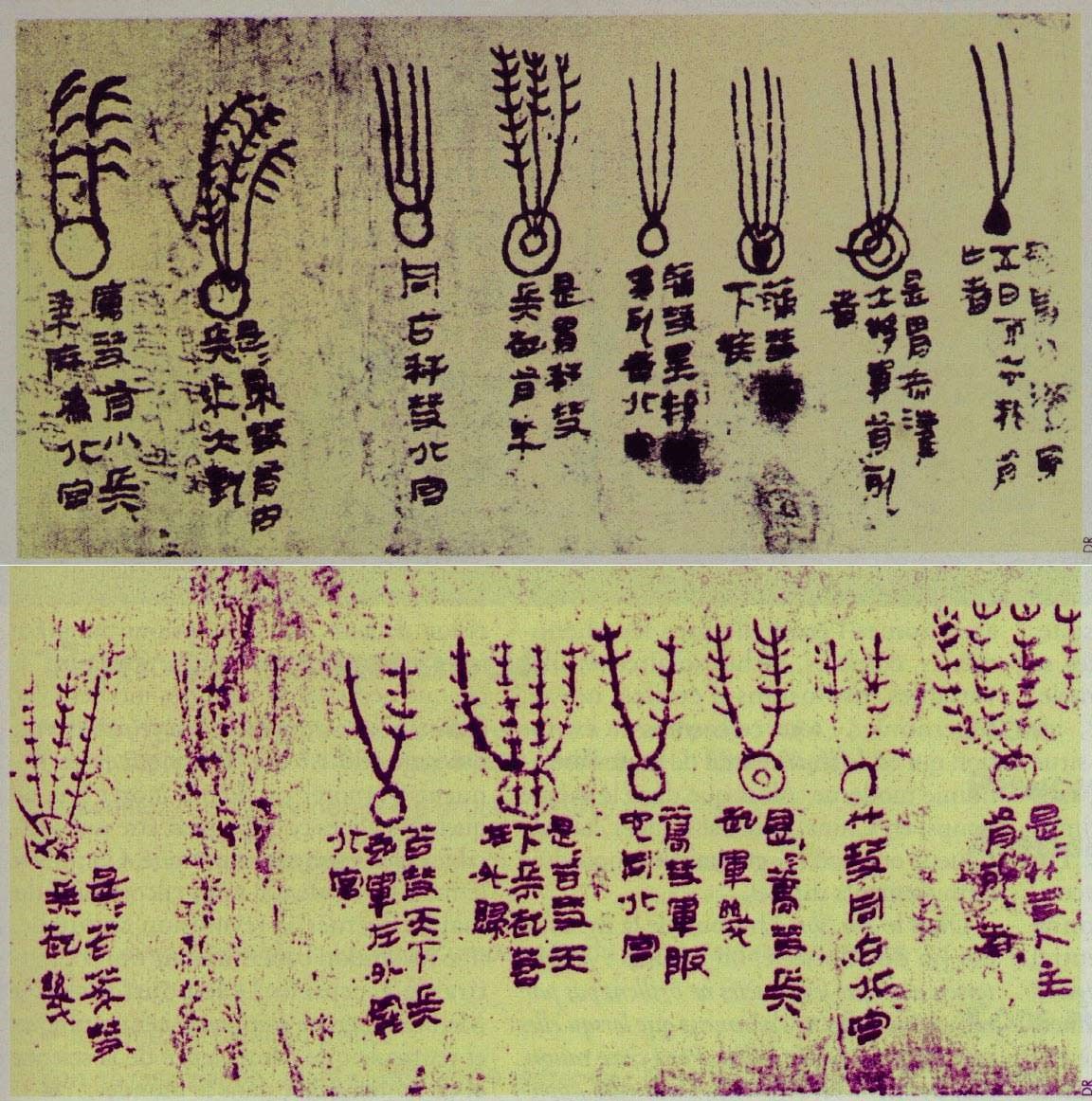 When it returned, it was noted by the Babylonians in texts held at the British Museum in London. 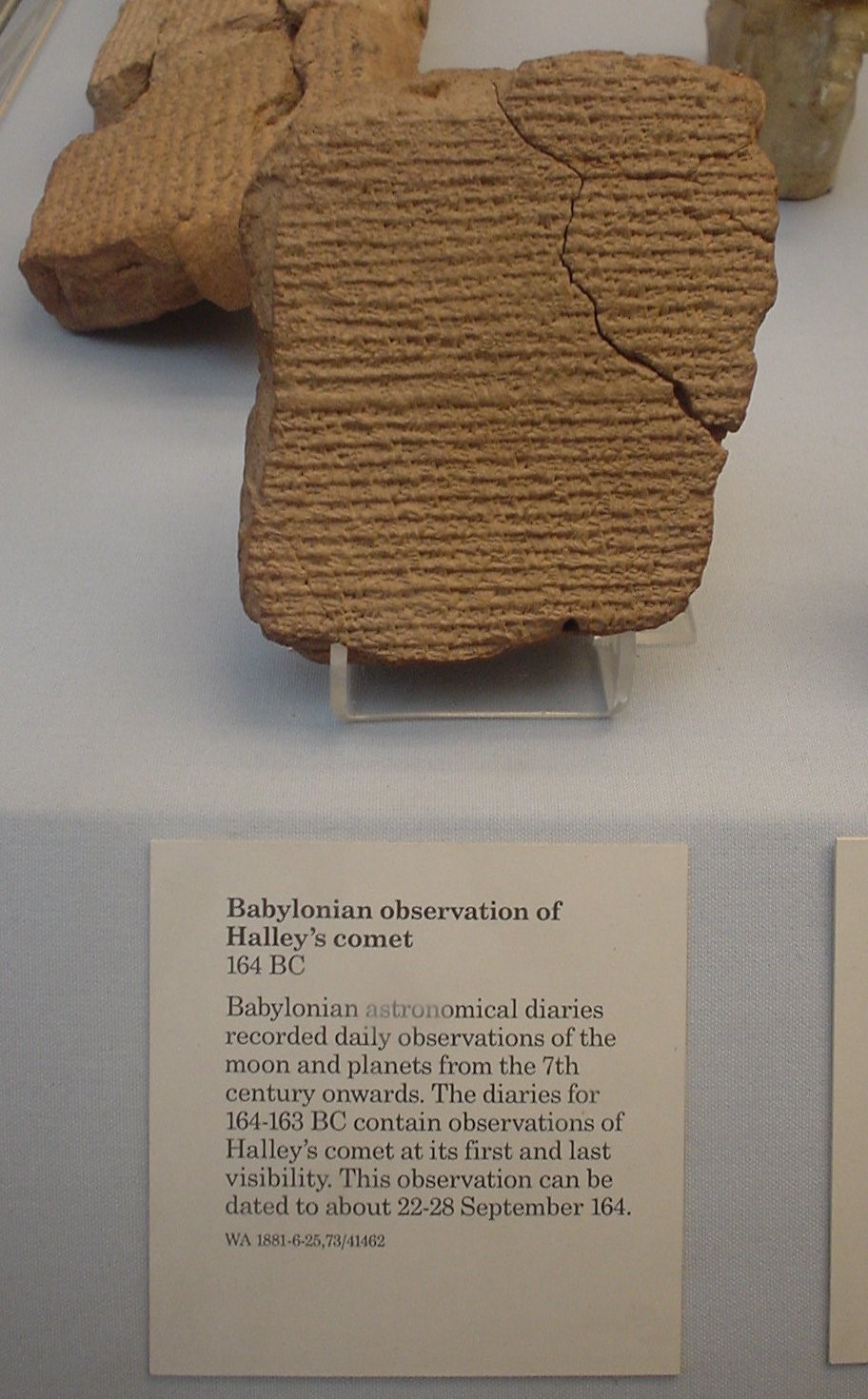 It was even recorded on the Bayeux tapestry when it appeared in 1066. William the Conqueror saw the appearance of the comet right before his invasion of England as a sign of his success and so had it woven into the tapestry. 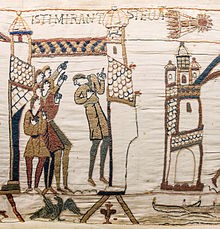 It is possible that the comets appearance in 1301 inspired the Italian painter Giotto, for the Star of Bethlehem in his painting “The Adoration of the Magi”. 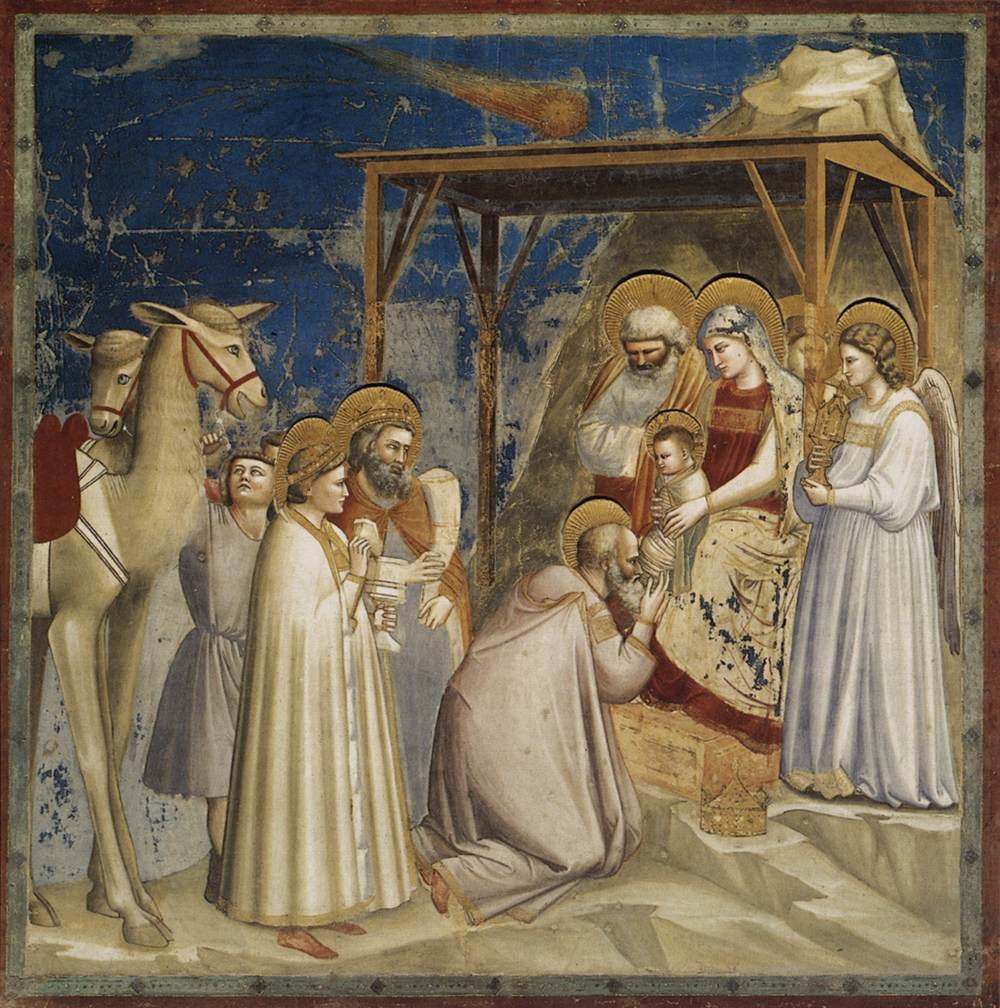 The comet’s pass in 1910 was a particularly spectacular show. It passed only 13.9 million miles (22.4 million kilometres) from Earth and was captured for the first time on camera. 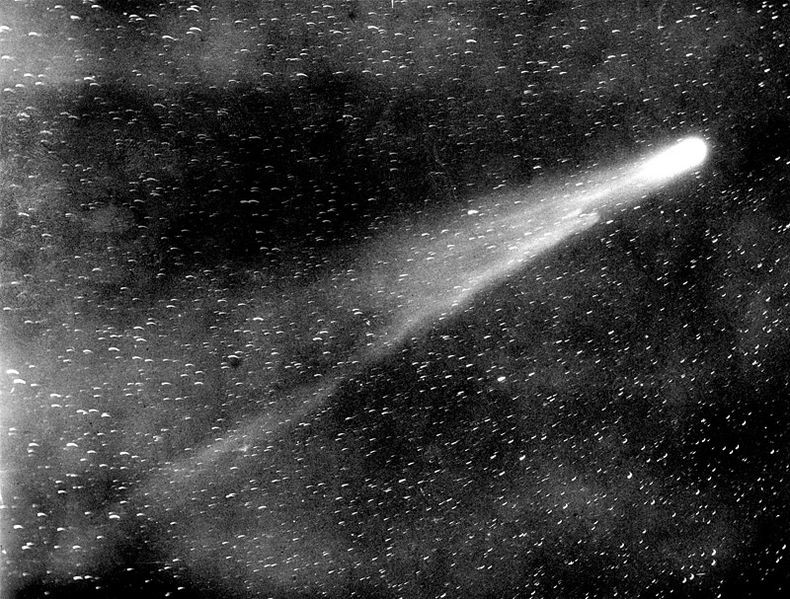 According to some sources, Mark Twain claimed to have come “in with Halley’s Comet in 1835” and that when it was to arrive in 1910 that he expected to “go out with it”.  He died on April 21st, 1910, when the comet emerged on the far side of the sun. 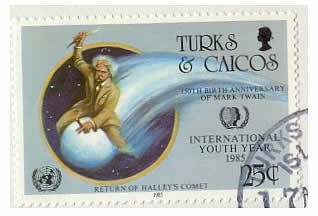 Two space craft were sent to observe the comet in 1986, dubbed the Halley Armada, the two ships Vega 1 and Vega 2 managed to get the first pictures of the heart of the comet also known as the nucleus. 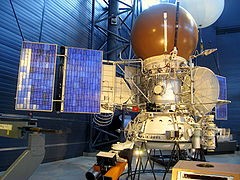 When Halley’s comet returns, the technological advances mean that we will be able to get a better look at it that ever before. 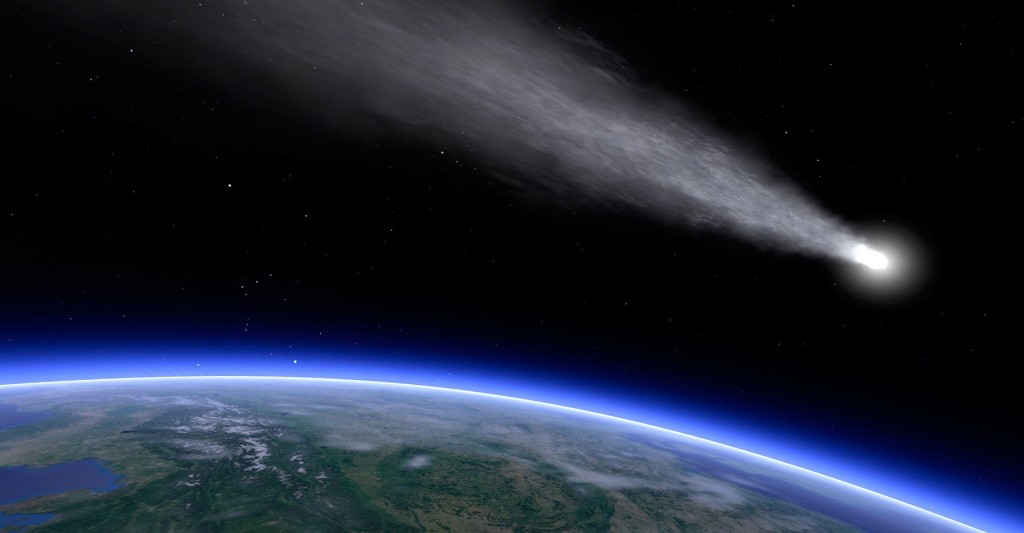