“The mystery of life isn’t a problem to solve, but a reality to experience.” 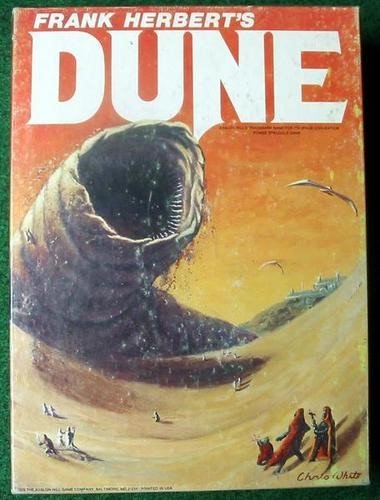 A power struggle on the desert planet Arrakis, the sole source of Melange, a resource vital for spaceflight, he who wins will wield great power and influence over the universe. The usurped Duke, Paul Atreides, on his struggle through this to regain his seat, encounters several life-changing discoveries, could he be the messiah? Whatever the outcome it will be felt by all. 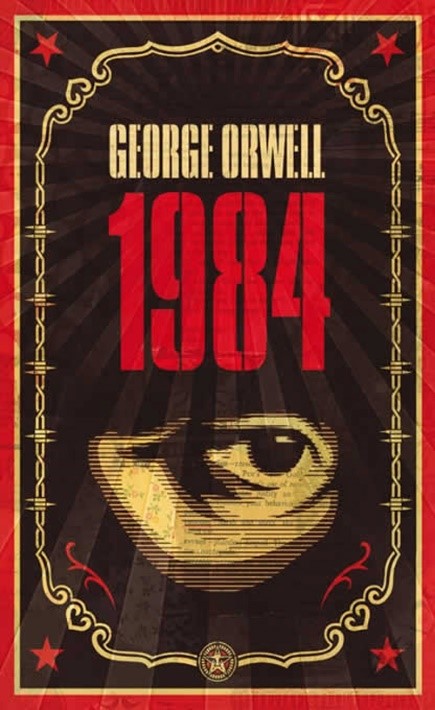 Winston Smith, the low-ranking disgruntled civil servant in the ruling party of London. But not the London we know, one of constant observation, of control, or a rewritten history. Free though, expression and sex are prohibited, rebellious thinking or ‘thoughtcrime’ is the worst crime of all. This eye opening and scarily possible novel should be on everyone’s reading list before it is too late. 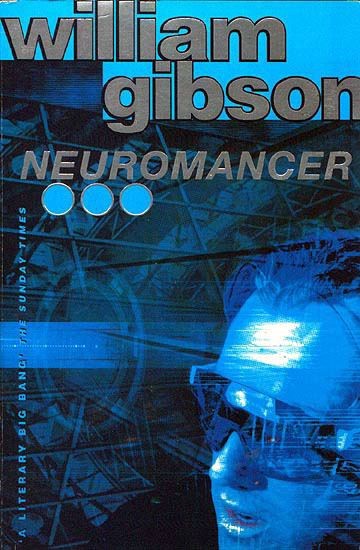 Although the tech talk in novel certainly dates it, it has enough ingenuity and twist and turns to keep you invested. The story checks all the sci-fi boxes; mega-corporations, biotechnology and hackers – it is a classic.

“Perhaps it’s impossible to wear an identity without becoming what you pretend to be.” 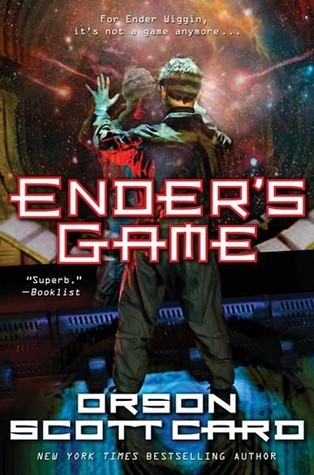 The story follows as a young boy Andrew ‘Ender’ Wiggin is bred, trained and drafted to join the century long battle against the alien Buggers.

“Suddenly, like a thing falling upon me from without, came fear.” 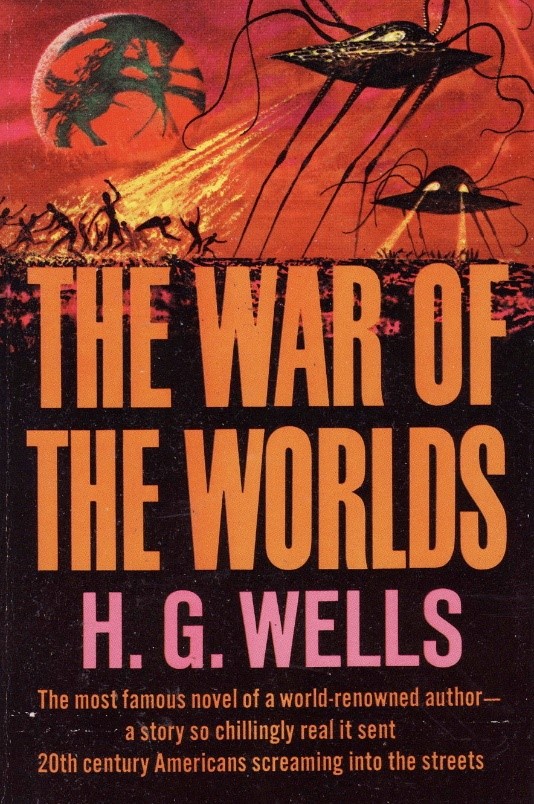 The much better inspiration to the much worse film. This is a classic story of alien invasion from Mars. The Martians come armed with giant killing machines and feast off the warm blood of those they capture. However, they make a mistake – underestimating humanity.

“Stuff your eyes with wonder, he said, live as if you’d drop dead in ten seconds. See the world. It’s more fantastic than any dream made or paid for in factories.” 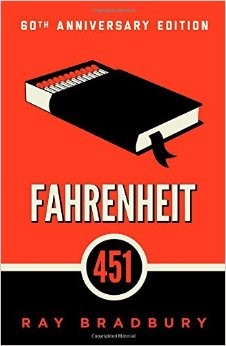 This classic novel is definitely worth a read as its events come closer and closer to reality with the Trump presidency. The warnings of censorship, ‘entertainment-as-distraction’ and the power of the written word are more vital now than ever before. The novel was written as a reaction to McCarthyism during the Cold War, but they say that what goes around comes around, and the importance of independent thought is hammered home, because as it has always been, it is much easier to let someone else do the thinking for you.

“Science fiction is not prescriptive; it is descriptive.” 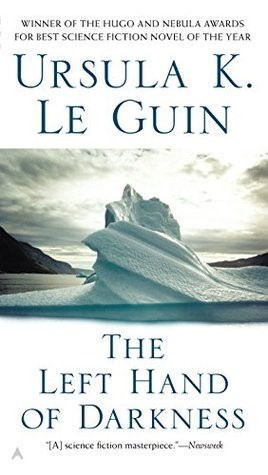 A tale of rescue, gender and alien civilisations from one of the authors central to the Sci-fi genre.

“One believes things because one has been conditioned to believe them.” 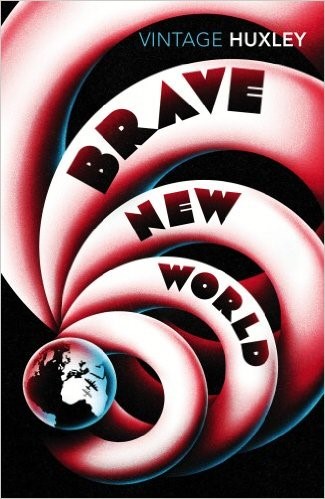 Brave New World tells the story of a not-so-distant future, in which humans are made synthetically and barbarically altered during their development to suit their assigned role in society. The story follows a handful of the societies elites as the wool is pulled back from over their eyes by a very unexpected newcomer.

“Would it save you a lot of time if I just gave up and went mad now?” 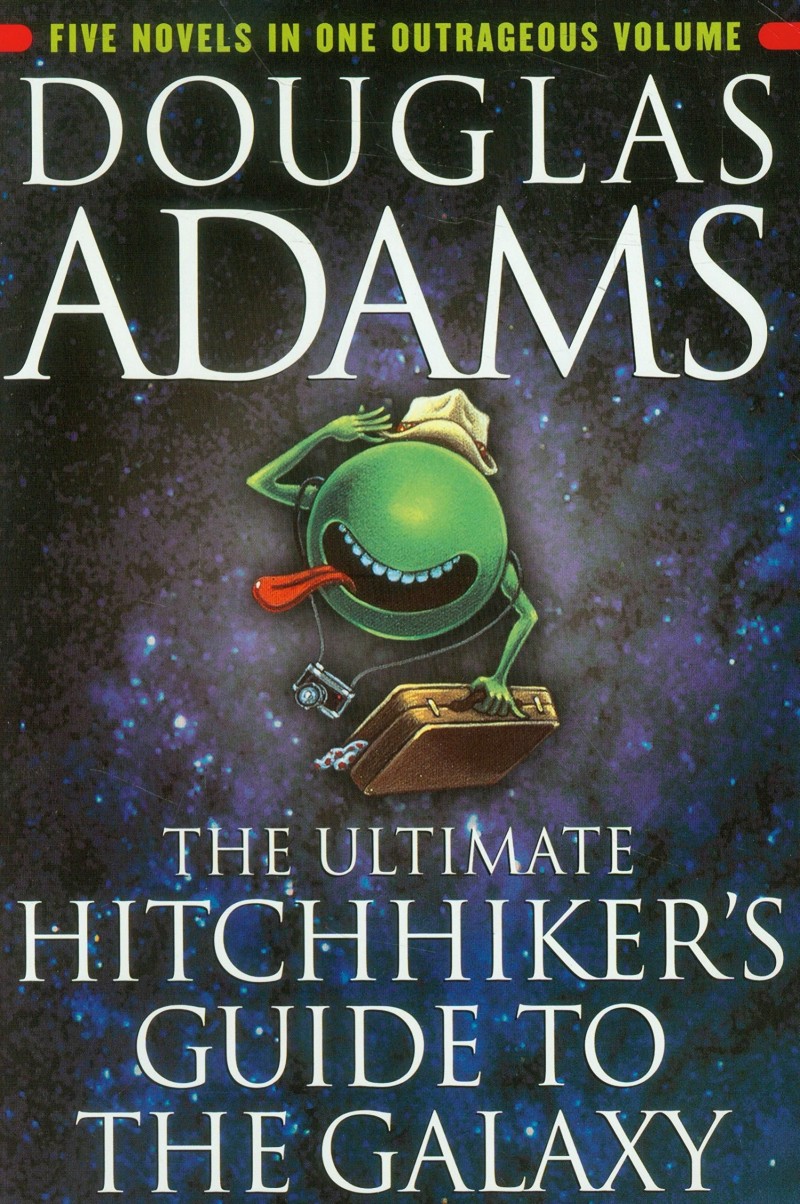 Possible the most famous sci-fi comedy of all time. The story follows the cynical and fed-up Arthur Dent as he is accidently dragged from mishap to mishap, by the formerly-thought-of-as-human-and-Arthur’s-friend Ford Prefect. All the while narrated and explained by the Guide Book, this is a highly quotable and highly entertaining must-read.

“Is it better for a man to have chosen evil than to have good imposed upon him?” 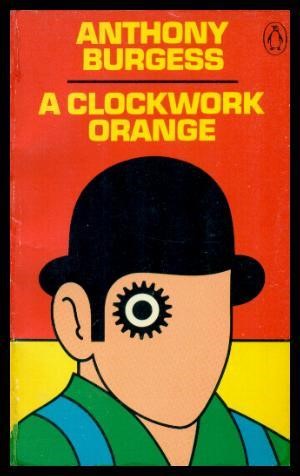 A cult classic yet somewhat of a difficult read. If not for the inventive language then for the troubling subject matter. Burgess’ exploration of the impact of new technologies on human consciousness, unsettles even the most stoic of readers, for at this stage in out advancement, it could be a possibility.

“It’s the basic condition of life to be required to violate our own identity.” 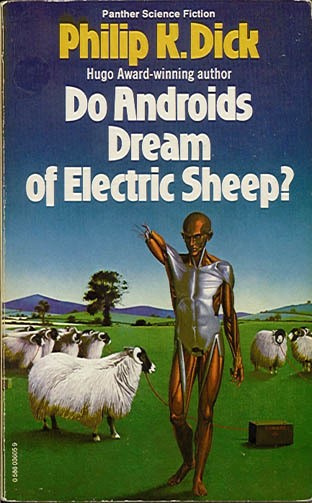 This trippy novel tells the story of Bounty Hunter Rick Deckard in a post nuclear apocolyptic world. Humans must care for animals to save them from xtinction, whilst sophisticated androids are forced into slavery before turning against their masters. This book – loosly- inspired the 1982 film Blade Runner.

“The gods do not protect fools. Fools are protected by more capable fools.” 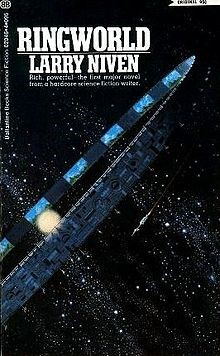 A gripping an entertaining novel about a space exhibition to a mysterious ring shaped artificial world. What could possibly go wrong?

“And we danced, on the brink of an unknown future, to an echo from a vanished past.” 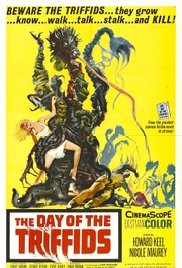 Another cult classic, once you read this every plant with be a Triffid. With everyone in the world apart from our hero, blinded by a meteor shower, Bill Masen must help the Erath survive an attack from the creeping, walking, human-flesh-eating plant creatures called the Triffids. 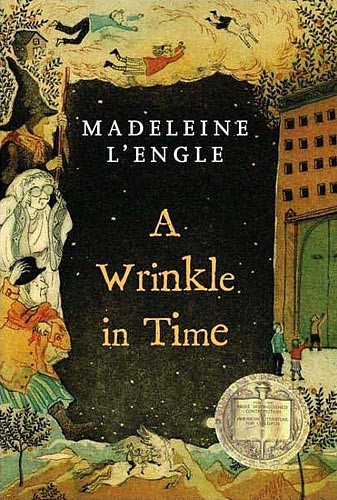 A wrinkle in Time is a classic time travelling adventure. The story follows high school girl Meg on her hunt across time and space for her lost father. Accompanied by her younger brother and her best friend, will they be able to save the day? 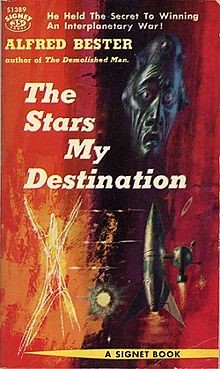 This short book is the classic revenge story, but with a twist. A bonkers protagonist marooned on a lifeless ship in the middle of space, the hero is transformed in a revengeful creature. It is somewhat of A Count of Monte Cristo in space. There is an inescapable prison, complex webs of betrayal and unimaginable wealth. It is one of the most entertaining sci-fi novels of the 20th Century.

“A man could get used to anything if he had to.” 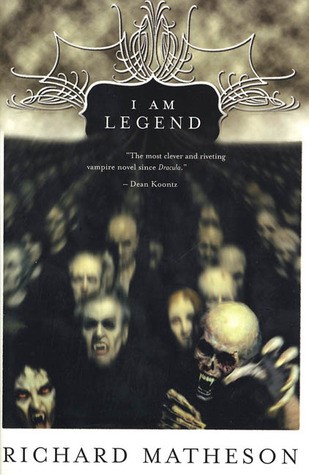 In a world is no longer one that we would recognise as our own, Robert Neville, the lone human survivor, leads a desperate life in which he must keep himself hidden and safe every night and hunt down the rest of the world by day, who have all turned into vampires.

“The universe is a pretty big place. If it’s just us, seems like an awful waste of space.” 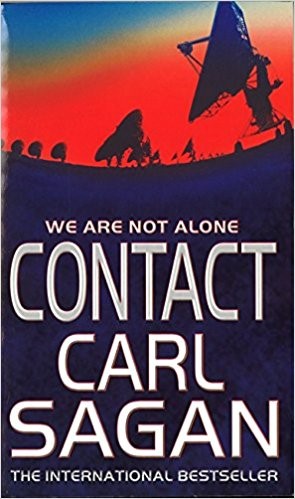 In the year 1999, a multinational team of astronauts explores deep space, only to come face-to-face with an advanced alien civilization.

“When in doubt, say nothing and move on.” 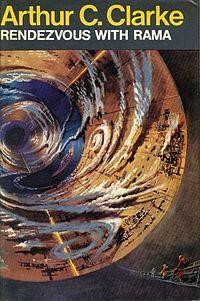 A space probe sent to investigate curiously cylindrical asteroid, returns even more curious results and will bring humans into contact with alien civilisation.

“A robot may not harm humanity, or, by inaction, allow humanity to come to harm.” 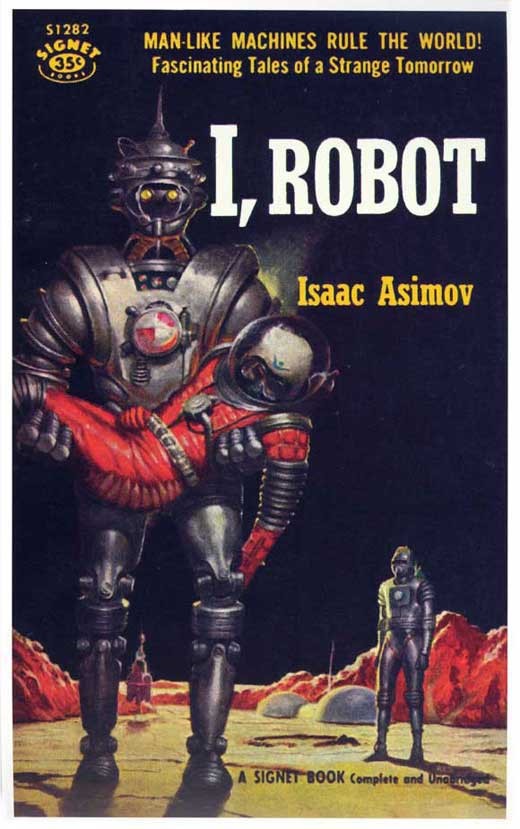 Isaac Asimov’s novel changed our perceptions of robots when he outlined the rules of robotics. The story follows the development of robots over time, through to a future when humans have, essentially, become obsolete.

“Everything was beautiful and nothing hurt.” 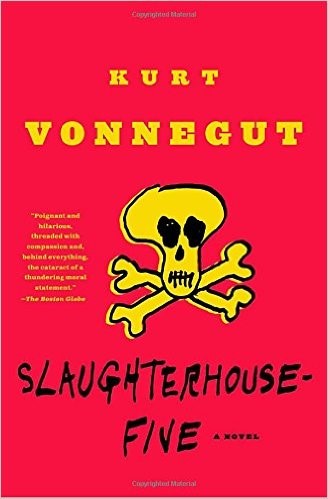 When Billy Pilgrim returns home from World War Two, he was expecting at least a little rest before his next adventure. What did he did not expect; was to be kidnapped by aliens.