Yesterday at approximately 2:42 GMT the Italian built Schiaparelli module separated from its carrier (the trace gas orbiter – TGO) around Mars. Named after the 19th century astronomer Giovanni Schiaparelli – best known for his descriptions of the surface of Mars – it is due to drop down onto the red planet on Wednesday 19th October.

With the assistance of a heat shield, parachute and retrorockets it will touch down on the surface of the planet at “Meridiani Planum”. This is the same location as NASA’s “Opportunity” rover.

The Schiaparelli module is designed to test some of the technology which the ESA (European Space Agency) plan to use for its ambitious Mars rover plans. It is powered by a non-rechargeable battery and is only expected to last a few Martian days.

Since it is only designed as a test launcher and to demonstrate the ESA’s technology the lander will have limited scientific capacities. Primarily, Schiaparelli will do some tests on the Martian atmosphere during it descent – as well as taking photos. Since it is arriving during dust storm season on Mars it is expected to give us some very interesting data on the nature of these storms.

It’s obiter – the TGO – is designed to seek out water deposits which may exist just under the Martian surface and to look for traces of methane in the Martian atmosphere. Tracking methane will allow us to see how it formed – methane can be produced by both geological and biological means.

5) Retrorockets are started to slow it down further 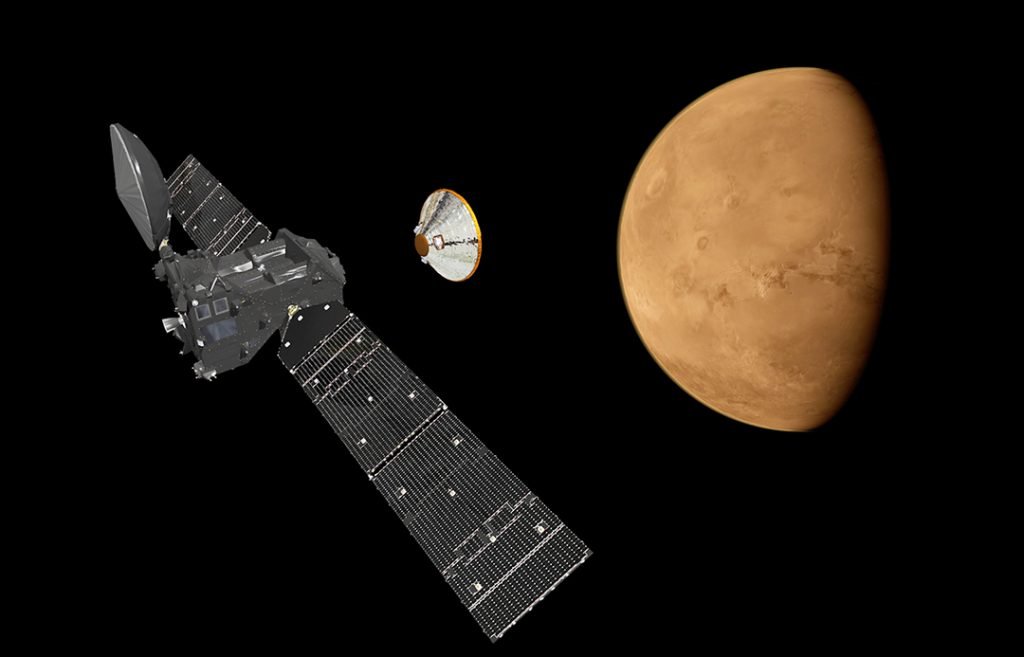