Queen are one of the essential rock bands. Flamboyant in presentation, mesmerising musically and inspiring in their lyrics – they’ve certainly earned a place among the great like The Rolling Stones, Led Zeppelin and the Who. They have a huge repertoire of popular songs, that cover a variety of themes and ideas.

Yet, much to the disappointment to us at Star Name Registry very few of their songs are actually star themed.

That’s somewhat odd considering that they’re a rock band from the 70’s (and what 70’s rock band wasn’t trying to name a star in their own way) but the guitarist Bryan May is himself an astrophysicist.

May began his PHD in the early 1970’s but put his studies on hiatus when Queen made it big. He returned to academia in the mid 2000’s and 30 years after beginning his work he finally completed his PHD. Though he was doing something more complicated than to name a star, one star at a time.

The main focus of his study was on a much smaller interstellar phenomenon, specifically about reflected light from interplanetary dust and the velocity of dust in the plane of the Solar System . May, therefore had a good understanding of  how objects move through space at the speed of light and what kind of effects this produces,

And it’s this knowledge of the impacts of travelling at intergalactic speeds is what inspired one of Queens lesser known – yet most poignant songs: 39.

_In the year of ’39 assembled here the Volunteers

In the days when lands were few

Here the ship sailed out into the blue and sunny morn

The sweetest sight ever seen._

And the night followed day

And the story tellers say

That the score brave souls inside

For many a lonely day sailed across the milky seas

Write your letters in the sand

For the day I take your hand

In the land that our grandchildren knew.

The volunteers came home that day

And they bring good news of a world so newly born

Though their hearts so heavily weigh

For the earth is old and grey, little darling we’ll away

But my love this cannot be

Your mother’s eyes from your eyes cry to me.

Write your letters in the sand

For the day I take your hand

In the land that our grandchildren knew.

Upon first listening to the song, I can seem a little odd as to what’s going on. How can the protagonist of the song have only aged a year while on his mission while one hundred years have passed on Earth?

To understand that, we need to unpack Einstein and his theories on General and Special relativity.

To put it in VERY simple terms, relativity describes how your understanding of time passes dependent on two factors: how fast you’re moving or how strong the gravitational plane you’re on is.

You might have seen the below image many times before – it is used to show how the density of an object affects the curvature of spacetime. The greater the density in an object (in this case a star) the more spacetime is curved. This is General Relativity.

In the image on the right, the high-density star has curved spacetime more than the star on the left due to its higher level on density.  Because it’s curved at a greater rate, time will pass much slower for the closer you are to the centre of the force of gravity.

That’s how general relativity works, but in 39 – what we’re seeing are the effects of special relativity and specifically the effect known as Time Dilation.

As you move through space, the faster you travel the slower time itself *seems* to slow down. Put simply, what it means is that all laws of physics are going at a slower rate. This includes how fast your mind works and how quickly your biological processes are working too. You will not notice, but someone who is observing you will. 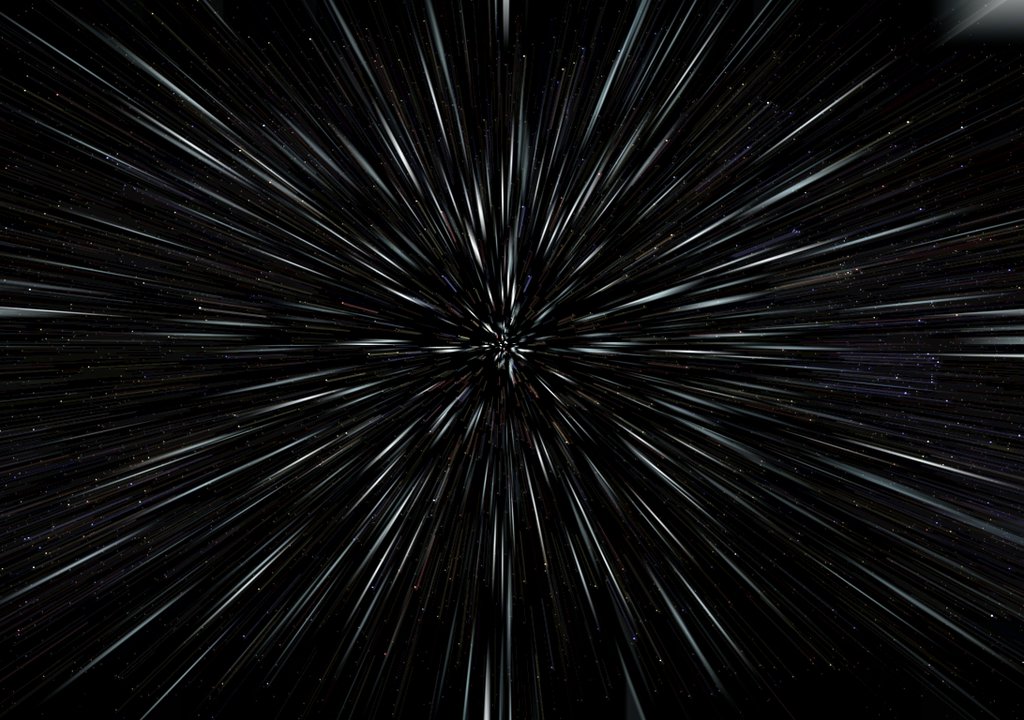 If it boggles your brain and you’re still being sceptical well, this has been proven time and time again in scientific experiments. For example, a Physicist knows how quickly a specific particle would decay if it was sitting still. However, when the same particle bombards Earth in the form of a cosmic ray it’s speed is greatly increased. Therefore, the decay rates don’t match the predictions, unless you apply special relativity and consider the time from the particle’s point of view.

A practical example of how we must account for special relativity, is with satellites. From GPS to television satellites they cannot function properly, unless they account for time dilation. At this point it is not speculation, we can be certain that it is a scientific fact.

And the truly amazing thing about this phenomenon is that this is not due to perception or an optical illusion. It is how the universe works: if you change reference system you actually get into the universe where everything is skewed this way.

It works in the same way as the following example: if you turn right 90 degrees you end up in a universe identical to your previous one but for the fact that everything is rotated left by 90 degrees – relatively to you, of course.

If you’re still scratching your head as to how this works, let’s let Neil De Grasse Tyson explain.

So how does this influence the story of 39? Well under the principles of special relativity the spaceman who is travelling across the cosmos at (near) light speed a year for him would indeed be 100 years on Earth.

What the song does is take the scientific idea and give it real implications of how time dilation would affect an astronaut’s life. This idea has been explored throughout science fiction, including Christopher Nolans Interstellar.

Queens song explores many of the same themes and ideas – highlighting the tragedy of people living at different times due to the effects of science. The science is the context, but it’s how the science affects the people that allows us to form the emotional attachment to the themes and ideas.

As humans begin to explore the cosmos we will have to travel at some form of sublight speeds if we are to even reach another star system – and the events like the ones we see in Interstellar and in 39 might become reality as opposed to fiction.

For all the stars in the intergalactic star database, there is a name waiting for them. Every chance to name a star is a chance to seal yourself in eternity, much like Queen has done in rock music history. Follow in their footsteps, wherever you are in the world!

Don’t forget to follow us on out Social Media too! We’ll have latest updates of competitions and offers being shared there before anywhere else!