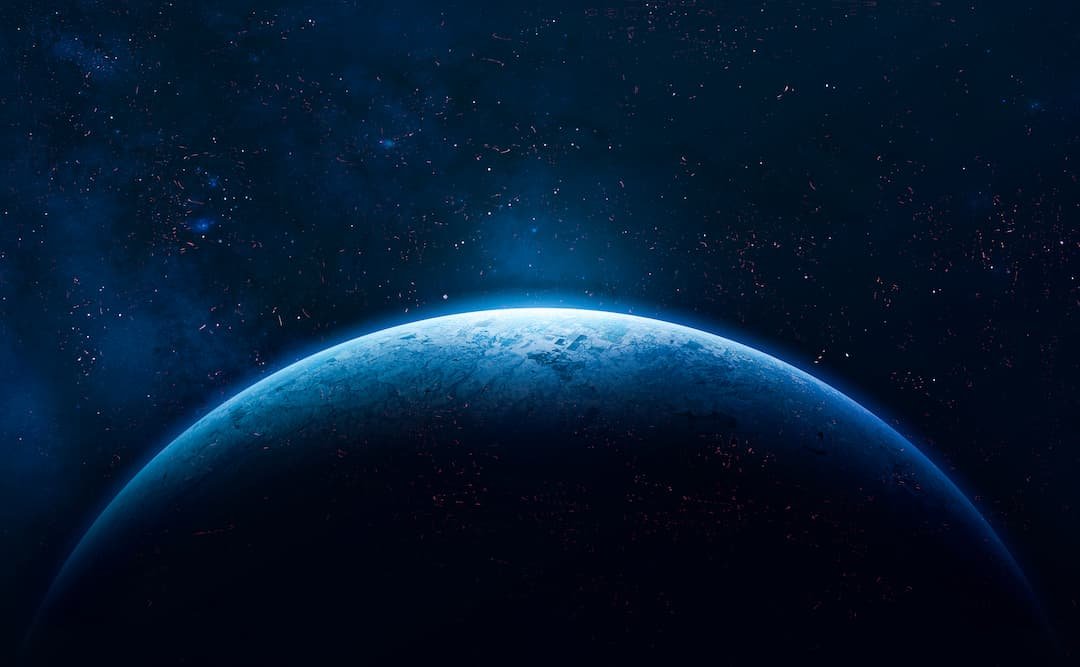 Our night sky will eventually turn completely black
Yep, that’s right: one day, our night sky will just be a completely dark, black canvas. But don’t worry, it won’t happen for at least a few billion years. Once our galaxy, the Milky Way, merges with neighbouring Andromeda Galaxy, we’ll slowly start seeing less and less other stars in the sky. This is because our own expansion will cause galaxies to be pulled apart faster than the speed of light, and we’ll no longer be able to even see them.

Outer space is 99% empty space
When you look up at the night sky, what do you see? Obviously that depends on where you are, what the weather is like, and the amount of light pollution. But what do you really see? The answer, for the most part, is nothing. While our night sky can look bustling with cosmic activity, those stars you’re seeing are so, so far away, and take up a very small percentage of space. To be specific, only 0.00000001 of space is actually made up of other celestial objects.

We can’t even count all the stars
With around 1 billion trillion (yes, BILLION TRILLION) stars in the observable universe alone, there’s no realistic way we can possibly give them all an individual name to be recognised by. There are already millions of catalogued stars, however we can’t even see the rest to give them all identifying names. But it’s not all bad - this is a positive sign that we may not be alone after all, and that life might exist on other planets. Well, ‘positive’ in the assumption that these other lifeforms don’t decide to invade Earth, anyway.

Footprints from the Apollo Missions could last for a million years
Currently, 12 of the 24 humans that have travelled from Earth to the Moon have walked on its surface. Due to the lack of wind or atmosphere on the Moon, the footprints they made during these missions will stay there for over a million years. Nothing gets washed, blown, or swept away - leaving these footprints as marks of human exploration on display for a very, very long time.

Space is almost completely silent
Space, unlike our atmosphere, has no air. Instead, it is a vacuum - and sounds cannot travel through a vacuum. Although sound and light both travel in waves, sound waves are a completely different type (and come from a different form of vibration), meaning one can move around, and the other cannot. Think of sound waves as ripples on a lake - the ripples need water (or air, in this case) to vibrate each other and spread out further. Unfortunately, these vibrations just can’t happen in space, apart from under very special conditions.

Exploding stars can reach 50 million degrees celsius
Known as supernovas, stars go out with a huge bang when they die. The explosion happens when they burn incredible amounts of nuclear fuel at their cores, creating an insanely colourful and awesome display. Not every star can become a supernova, as they need to be above a certain mass. The last time one of these was visible from Earth was over 300 years ago.

Every single planet in our solar system could fit between Earth and our Moon
A lot of people assume that the Moon is a lot closer than it really is - but it’s quite astonishing how far away it actually is. At over 380,000 km away from our planet, it takes a spacecraft around three whole days to reach it - meaning that each and every single planet in our own solar system could fit nicely in the space between. Amazingly, there would even be a few thousand miles left over!

Feeling overwhelmed by all these insane space facts? To bring yourself back down to Earth, why not register a star in the name of a loved one today. That way, they can gaze up at the deep dark sky each night, knowing that a special sparkle of light up there watches over and guides them.