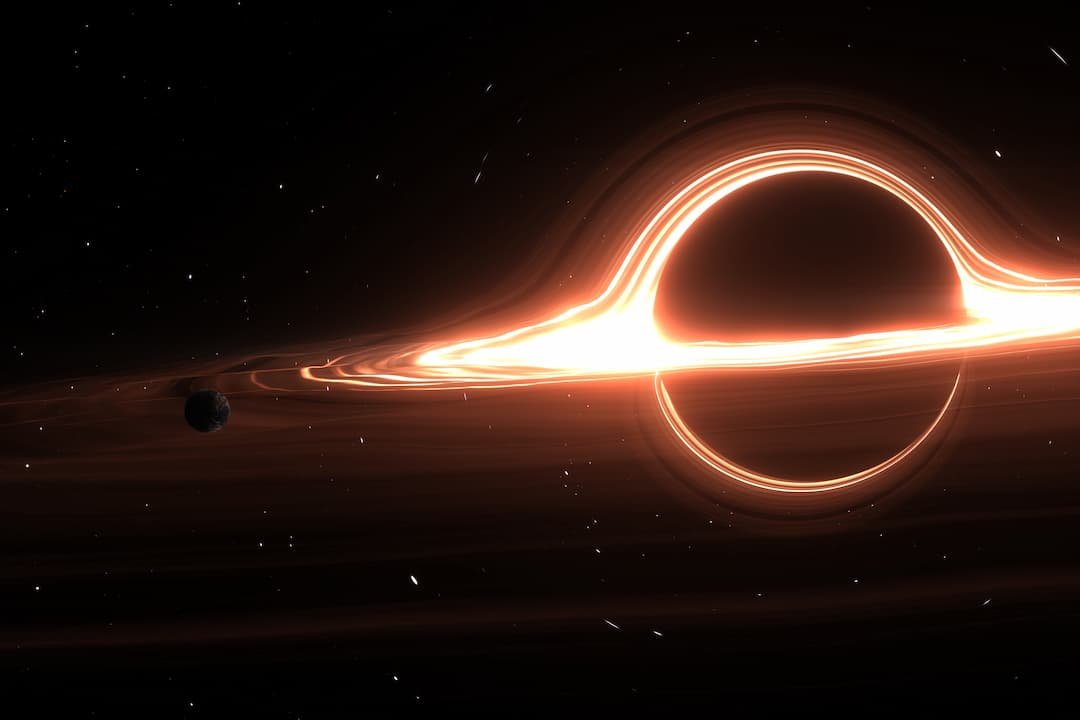 For many of us, the mysterious nature of black holes is enough for us to avoid thinking about them entirely. In the grand scheme of things, we still know very little about these huge, dark, dense spheres of destruction - mainly because even the closest one is over 1,000 light-years away. But if you are marvelled by these incredible feats of space we have some facts that might interest you!

Yes, you read that right - there is a theory that because black holes crush mass into an infinitely small point, one explanation as to where the matter goes is that it travels to the future. The proposal, known as quantum loop gravity, suggests that because gravity curves around the centre of a black hole part of it expands into the future. Therefore, anything travelling into (or rather through it) technically leaps forward in time.

While known as ‘black’ holes because of their apparent colour, they don’t actually have a colour in the way most think. Instead, the darkness of black holes comes from the absence of light, which can’t escape once it’s been sucked in. Instead of reflecting off an object and hitting our retinas as usual, the light can’t bounce off the black hole - and therefore never makes it to our eyes. Interestingly, we can however see the distortion of light bending around it, turning into what looks quite like bright rings of fire.

3. There are three types of black holes

Primordial black holes are the smallest type of black hole and were likely created at the very beginning of our universe. They can range in size and can be as small as a single atom or as large as a mountain.

Lastly, Supermassive black holes, as the name suggests, incredibly large black holes that have at least 1 million times the mass of our Sun. This is the largest type and therefore has the greatest gravitational pull. The Milky Way has a supermassive black hole at its centre - around 26,000 light-years from our solar system.

Cygnus X-1, a black hole in our own galaxy, was the first black hole ever spotted by astronomers after they noticed gas being drawn away from a nearby star. Further studies of the black hole managed to track down its location and it was later determined to be the first supermassive black hole ever discovered. Scientists observing Cyg X-1 were later able to use this unique finding and progress in numerous other areas of astrological study.

While you could theoretically observe a black hole safely from afar, there is a certain point where if you get too close, the gravitational pull it gives off will be too strong to break free. In short, if you’re ever in the unlikely position of being able to travel near a black hole, it’s probably best to steer clear.

Are you looking to provide someone a gift just as awe-inspiring as black holes? By registering a star for them today, you can give them an everlasting part of the universe for them to enjoy for the rest of time.