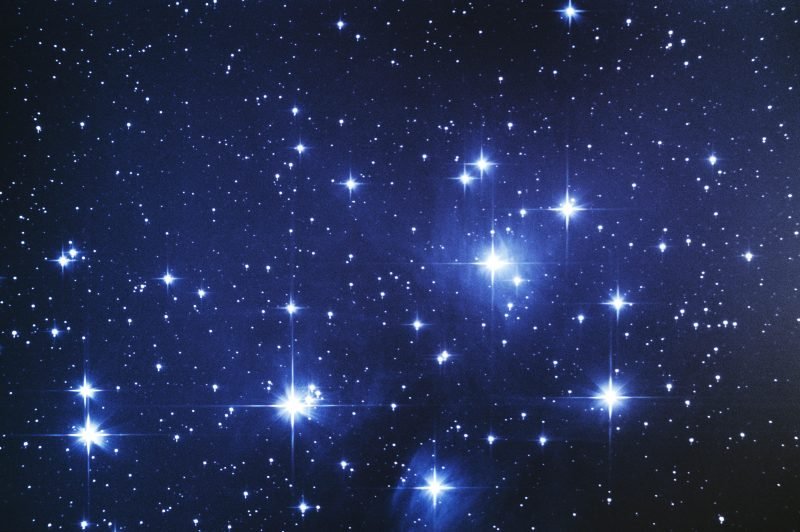 November is unrelenting month of the year. If you’re looking to dedicate a star to someone or have a star named after you , you may not want to linger outside for too long in case you catch a nasty chill.

But inspiration is easy in November as one of the more memorable collections of stars become very visible. The Pleiades Star Cluster.

Also, if you were wondering how to pronounce the the word, it’s Ple·ia·des. It took us a couple of attempts to get it right too! Ancient Greek is one of the trickier languages!

The collection of these very famous and most beautiful stars are best seen in November – the month of the Pleiades. What makes November so special  these for this cluster is that the stars shine from dusk till dawn. They are also relatively easily spot from the naked eye if you know where to look.

To find the cluster, look for that famous constellation of Orion and the famous Orion’s Belt.

See the three stars diagonal to each other? That’s Orion’s Belt. If you keep your eyes fixed on that line, and follow where’s it’s pointing up to the top right, you’ll come to a cluster of stars  that’s V-shaped. That is the face of Taurus the Bull, go past the bulls face and keep heading to the top right. There, you’ll then be able to spot the Pleiades cluster.

The origins of these stars come from nebula – or stellar nurseries. Nebula’s are massive clouds of gas with trillions and trillions of tons of material. Due to the force of gravity the material of the nebula coalesces together and over billions of years and a multitude of stars can be formed within very close proximity’s of each other. It’s this that gives rise to the cluster of stars that we see before us and they end contributing to the shared overall gravity which is why they remain close and don’t drift apart. 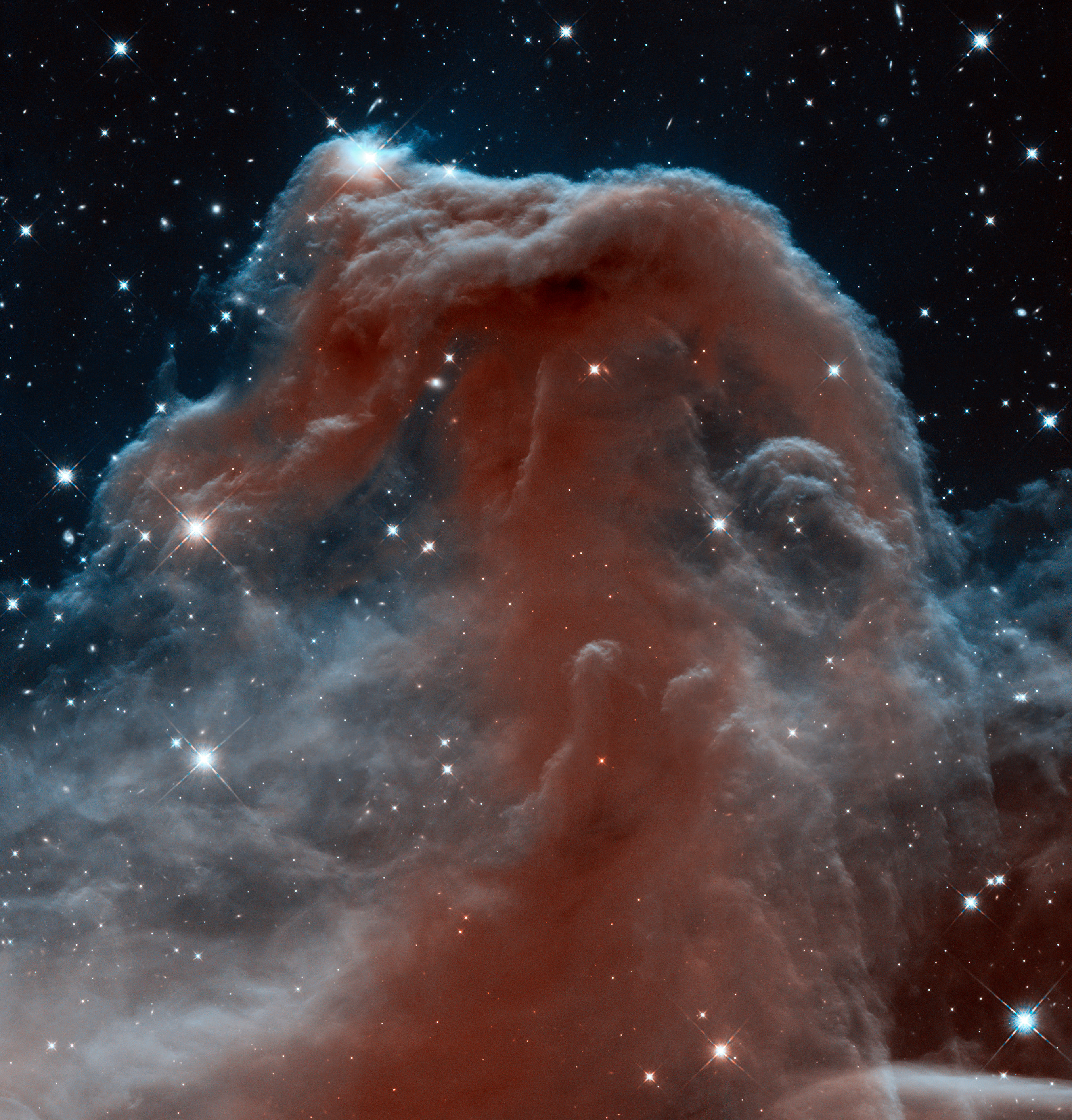 Sometimes they can even steal each other’s hydrogen! See our post on Vampire Stars for more information!

Of all the stars on the universal star registry this collection might be one of the oldest stars to ever be named. The Greek tales associated with them are probably the best known, where they are known as the Seven Sisters: Maia, Alcyone, Asterope, Celaeno, Taygete, Electra, and Merope. 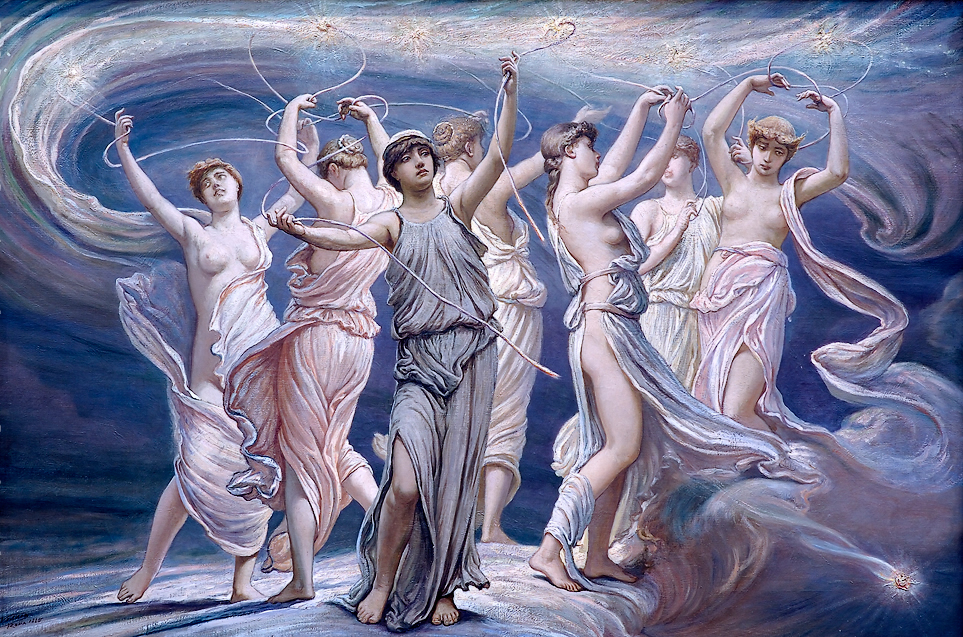 Their father was a Titan who was loyal to the God Zeus named Atlas. (Side note he was condemned to hold up the sky for eternity after the Titanomachy – so it’s because of him the stars stay up the sky). Their Mother was  Pleione, the mythical protectress of sailors.

How did these seven sisters get to the sky? Well, our old friend Orion is part of the puzzle here – and it truly is scandalous!

Long before Orion was killed by a Scorpion, the Pleiades and their mother became the objects of Orion’s pursuit. The case he gave was relentless, and the sisters and their mother could not hope to escape his clutches.

To protect them from Orion’s relentless amorous advances, Zeus transformed them into a flock of doves, and then they fled into the heavens where they can now only visible at night as stars in the sky. 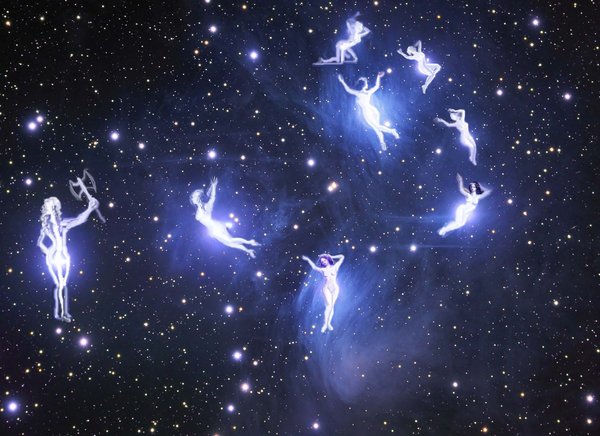 Long before we started considering how to name a star the ancient Greeks we’re already highly proficient at it, tying many of the myths to their Gods to the stars.

Through the Stars, they found ways to retell their old stories. The same way that you can to. What stories will you tell with your named star?