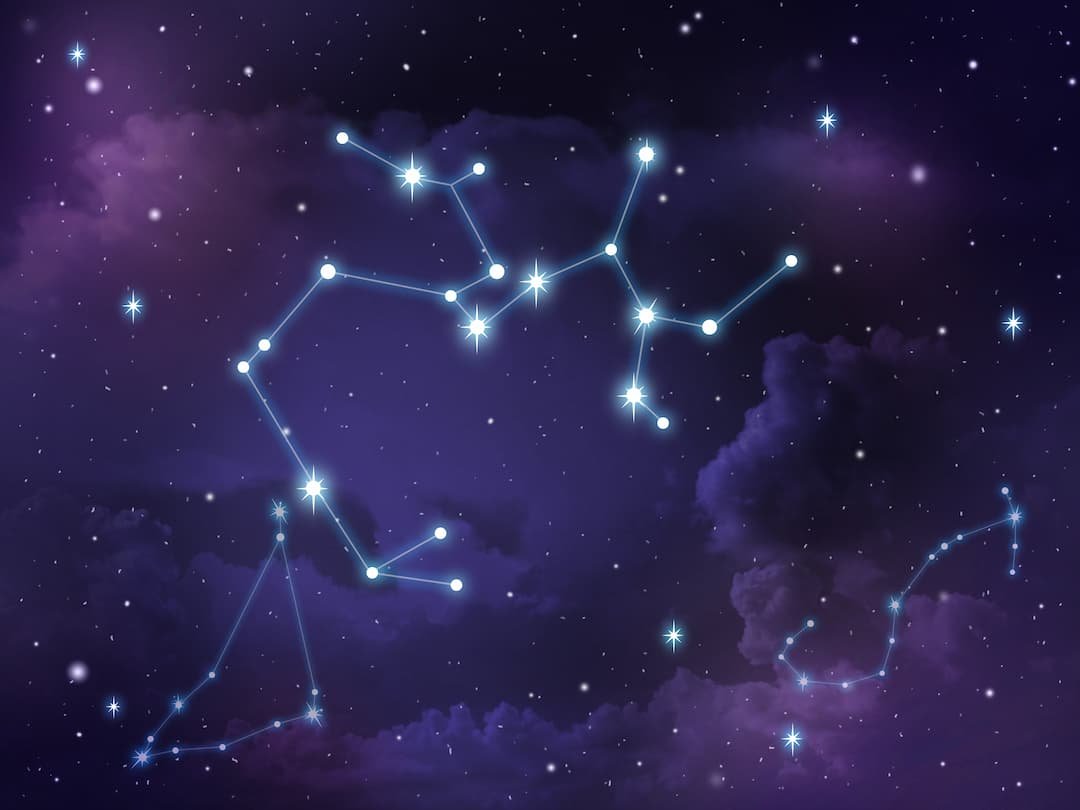 Want to know more about how your star sign is determined? Find out what they mean? Then you’ve come to the right place! The 12 star signs were named after constellations which determine the path that the sun travels over the course of a year, then matched up with dates accordingly. You can read our blog on famous constellations here

Lying on our sky’s spectacular canvas between Capricornus and Pisces, Aquarius can be located in an area called the Sea, named after its deep and dark looking characteristics, it’s here we find the water beaver but the stars here can be faint but Fomalhaut is the brightest star in the celestial sea, it sometimes called the loneliest star as it’s often the only one twinkling in a sea of sleeping stars.

If you’re looking to find the magnificent constellation of Pisces, it can be located between Aquarius and Aries, making up the appearance of fishes swimming away from each other. The most noticeable star is Al Risha, which means “the cord” in Arabic, although it isn’t the brightest star of them all, its prominent location above the Pisces fish makes it the cord that ties the two fish together.

Located in the dazzling sky is the constellation of Aries, the head of the ram that can be drawn from connecting stars; it’s fairly easy to find, between the Pleiades star cluster and the Square of Pegasus but remember the rams head is turned backwards!

The Taurus constellation can be located next to Orion, stargazers can use Orion’s belt to locate some of Taurus’ most significant characteristics, such as the V-shaped Hyades star cluster which represents the bullhead affiliated with Taurus. You can also find Aldebaran, the bright star representing the Bull’s vibrant red eye, and the Pleiades star cluster which can be found marking the bull’s magnificent shoulder.

While stargazing for the constellation of the Gemini, you may only see two brightly shining stars, called Castor and Pollux, or also known as the Gemini twins. The stars are not symmetrical however, with Castor appearing fainter and white, and Pollux looking Golder in colour and more dazzling in brightness.

The Cancer constellation can be located between the two vivid Gemini stars and Leo’s brightest star Regulus. Cancer is the faintest of all the constellations, although when you locate it you’ll be sure to find the Crab.

Leo’s constellation is one of the easiest to find in the night sky out of the 12 signs. It can be found by looking for a backwards question mark sign, with Regulus its brightest star marking the bottom of the question mark. Leo is renowned for its lion, the curve outlines the lion’s mane and Regulus represents the lion’s heart.

The Virgo constellation is the largest constellation of the zodiac and the second-largest of them all, after Hydra. It’s easy to locate due to its brightest gleaming star, Spica, which looks like a single star, but is made up from at least two stars. The pattern that can be found here consists of a crow.

Libra’s constellation can be found between Virgo and Scorpius, and even more specifically between Spica, Virgo’s brightest star and Antares, Scorpio’s brightest star. Libra’s two main stars are Zubenelgenubi and Zubeneschamali, and Libra is the only constellation that does not present any animal or inanimate object.

The Scorpius constellation can be found by looking out for a scorpion, it’s most prominent star Antares, which is fiery red can represent the scorpion’s heart. The scorpions' two stinger stars, Shaula and Lesath together form the appearance of a scorpion stinger or tail.

The spectacular Sagittarius constellation marks the direction to the Milky Way galaxy! It can be found in-between Scorpius and Capricornus and its cluster of bright stars can make the shape of a tea-pot, although, it’s shape is said to form the appearance of an archer.

The Capricornus constellation forms the appearance of a sea-goat, it consists of three stars called Deneb, Vega and Altair.

Looking to buy yourself or someone else a special star corresponding to your zodiac sign? Then check out the range of constellation stars here