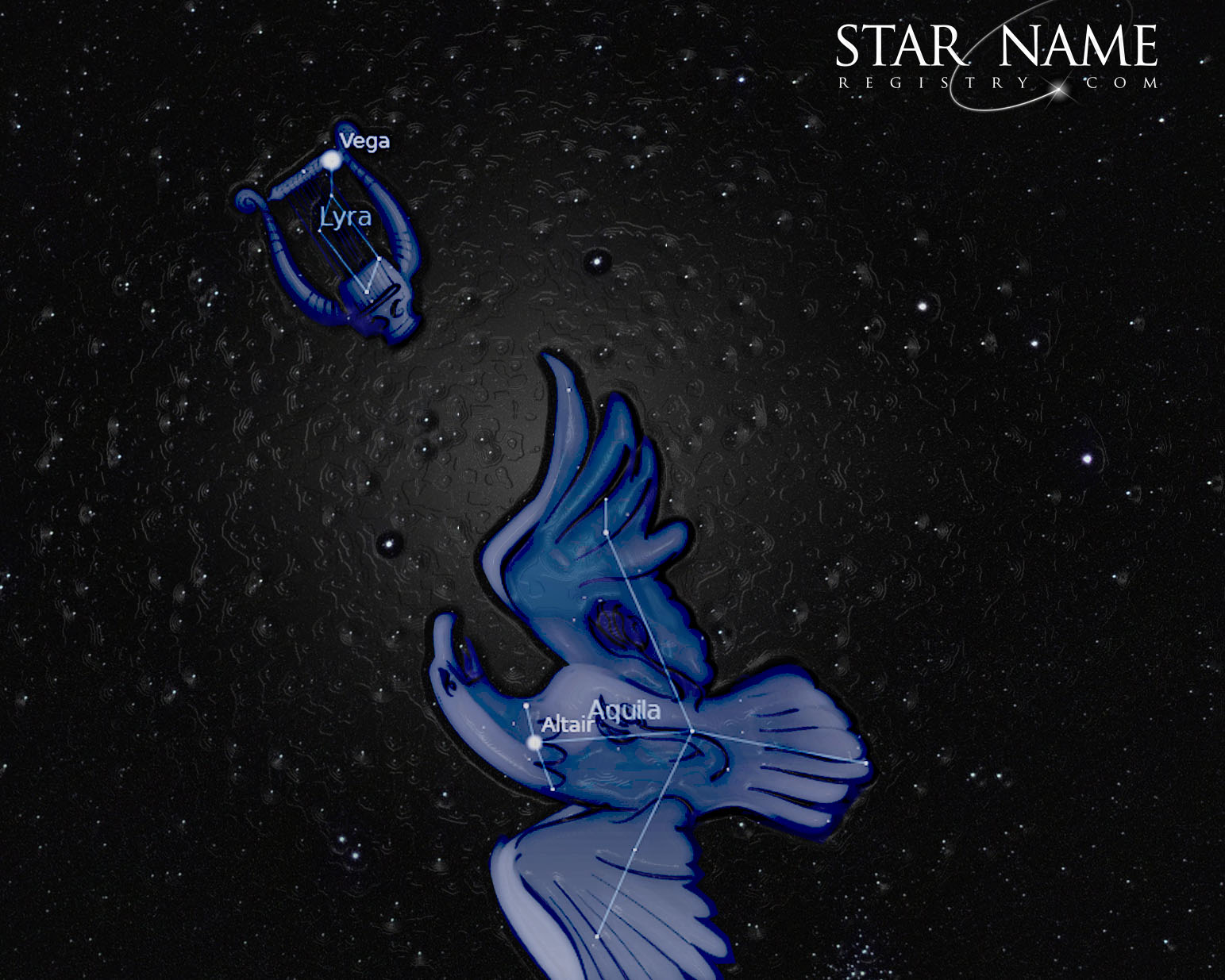 Today, throughout the western world we celebrate Valentine’s Day. For us at Star Name registry, we know that the great romantic connotations that the stars can inspire. This Valentine’s we’ve had so many people name a star for their special person in their life. To dedicate a star to someone you love can be a truly romantic act.

We have covered a lot of ancient myths before here on the Star Blog and there are a multitude of legends about the stars and love. Today however we’d like to share the Far Eastern myth about Vega and Altair – two Star Crossed Lovers.

In western sky lore and popular culture, both Vega and Altair  have their own interesting histories and myths.

Altair is also another close neighbour, even closer than Vega at only 16.8 light-years away from Earth. An interesting aspect about Altair is that it rotates very rapidly requiring only about 10 hours to spin once on its axis, in contrast to 24 hours for our Earth to spin. As a result of this it doesn’t have a spherical shape and is flattened compared ot other stars. Altair is famously associated with the eagle constellation Aquila (Altair being Arabic for Eagle, as Aquila is Latin for Eagle). In pop culture you’re probably familiar with the name Altair from the Assassins Creed series, where he is the main character of the first game. 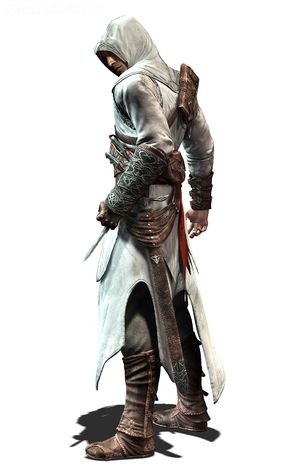 Yet is the tales from the far east where we shall draw our focus today.

Vega is called  Tanabata  and Altair is Kengyu in Japanese version of the myth  For simplicity, we’ll tell the Japanese tale but with the western names of Altair and Vega.

Vega was celestial princess, a goddess of the sky. Immortal she may have been, yet she was weary as it seemed she would live in eternity alone.

One day Altair, a mortal, caught the eye of Vega. She descended from the heavens to greet him, and as they got to know each other she fell deeply in love. Vega promises Altair that no matter what they will be together in the heavens.

But when Vega’s father finds out, he is enraged that his daughter would fall in love with a mere mortal. His fury only grows when he discovers that Vega promised to bring Altair up to the heavens with here.

In the most cruel of fashions, Vega’s father grants the promise that she made. The two lovers were placed in the sky as stars. Yet while they were both in the heavens, they were not together.  The great Celestial River, (known to us as Milky Way) separated them.

Yet each year, on the 7th night of the 7th moon, a bridge of magpies forms across the Celestial River. Though it would be for one night a year the two lovers are reunited as Altair dares to travel to his beloved.

Yet, sometimes Altair’s annual trip across the Celestial River is too dangerous and he doesn’t quite make it.

In those dark years, Vegas’ tears form raindrops that fall over Japan. 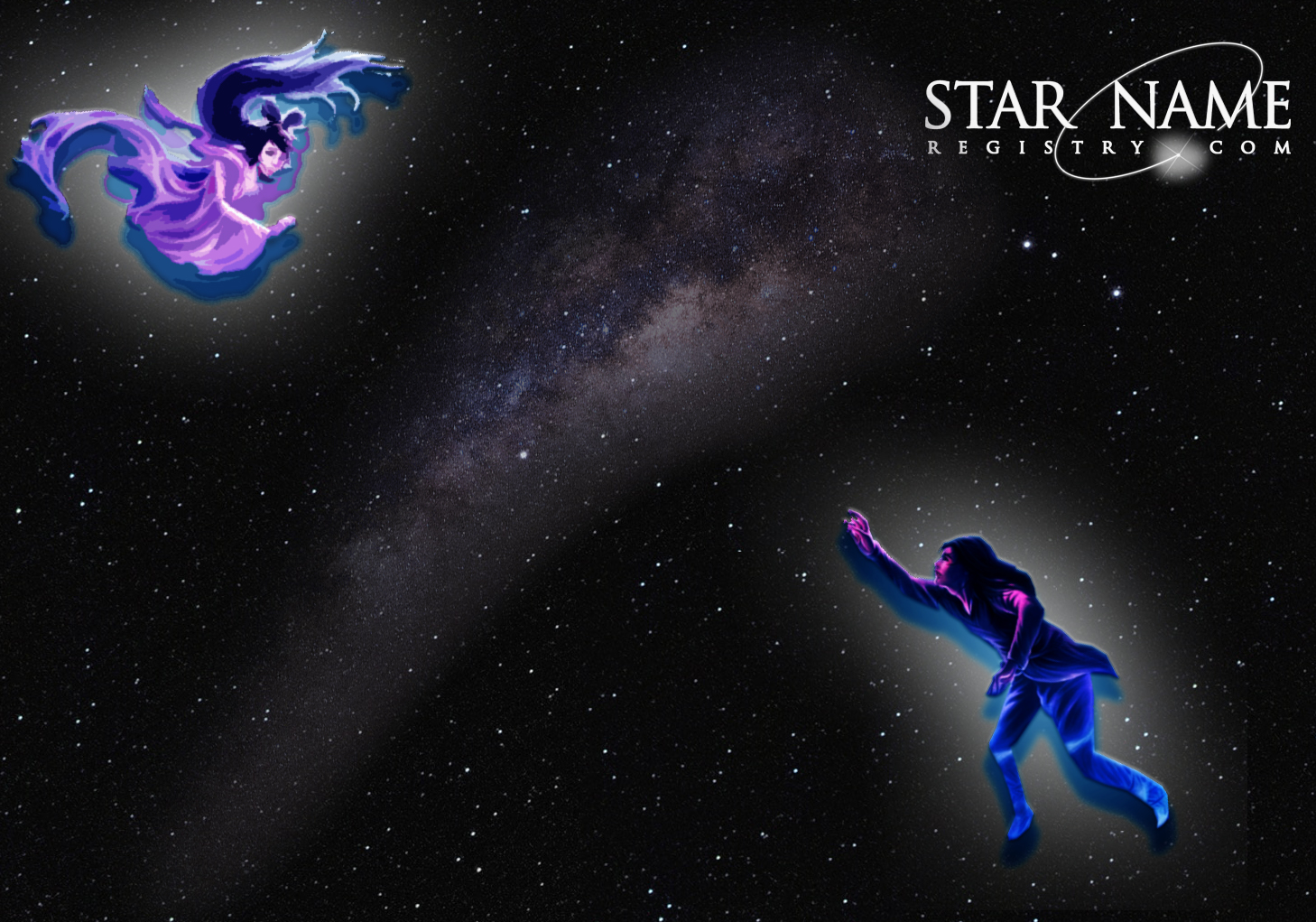 While the original myth has its origins in China rather than Japan, it remains a popular and treasured tale throughout the country. It even has it’s own special day, July 6th  is a special day all over Japan where people celebrate Tanabata, the Star Festival.

Most of  Japanese celebrations of Vega are held in July, but sometimes they are held in August. If it rains, the raindrops are thought to be Vega’s tears because Altair could not meet her – so like her the Japanese mourn that for that year Altair didn’t make his journey.

Whoever you are, and whether you are married, in a relationship or single there is love in the world to be had. Even though Valentines is passes you can still find the time to name a star for the one you love.

Don’t forget to check out our social media pages too! We’ll be showcasing a lot of great content you won’t find on the blog.