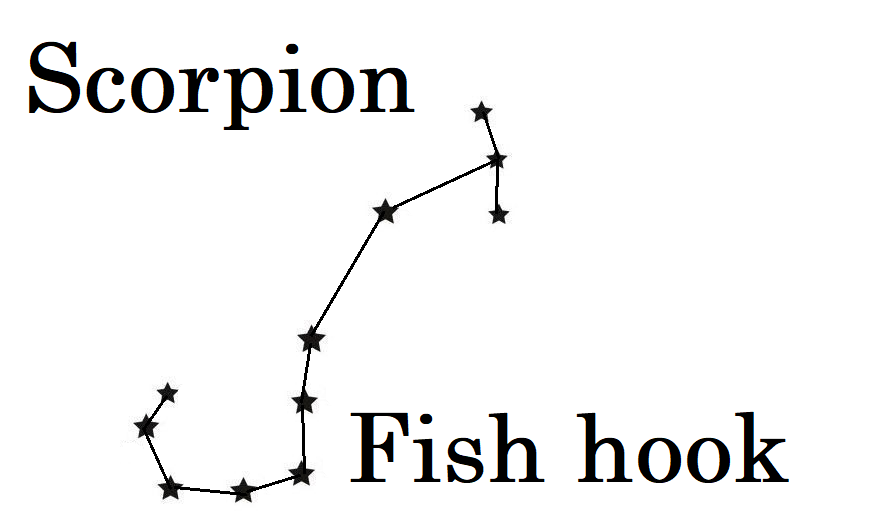 To register a star must have been tricky for the ancient peoples as they only had the naked eye to use. Part of the reason we have constellations at all is because making shapes out of stars that were clustered together made them easier to locate.  But not all cultures saw the stars in the same way.

Continuing with our theme of Scorpio week, most of us in the Western world will be familiar with the Scorpius constellation.

But this very same constellation is something else by the peoples of Polynesia. And if you went to see Moana last year you might already know what it is. 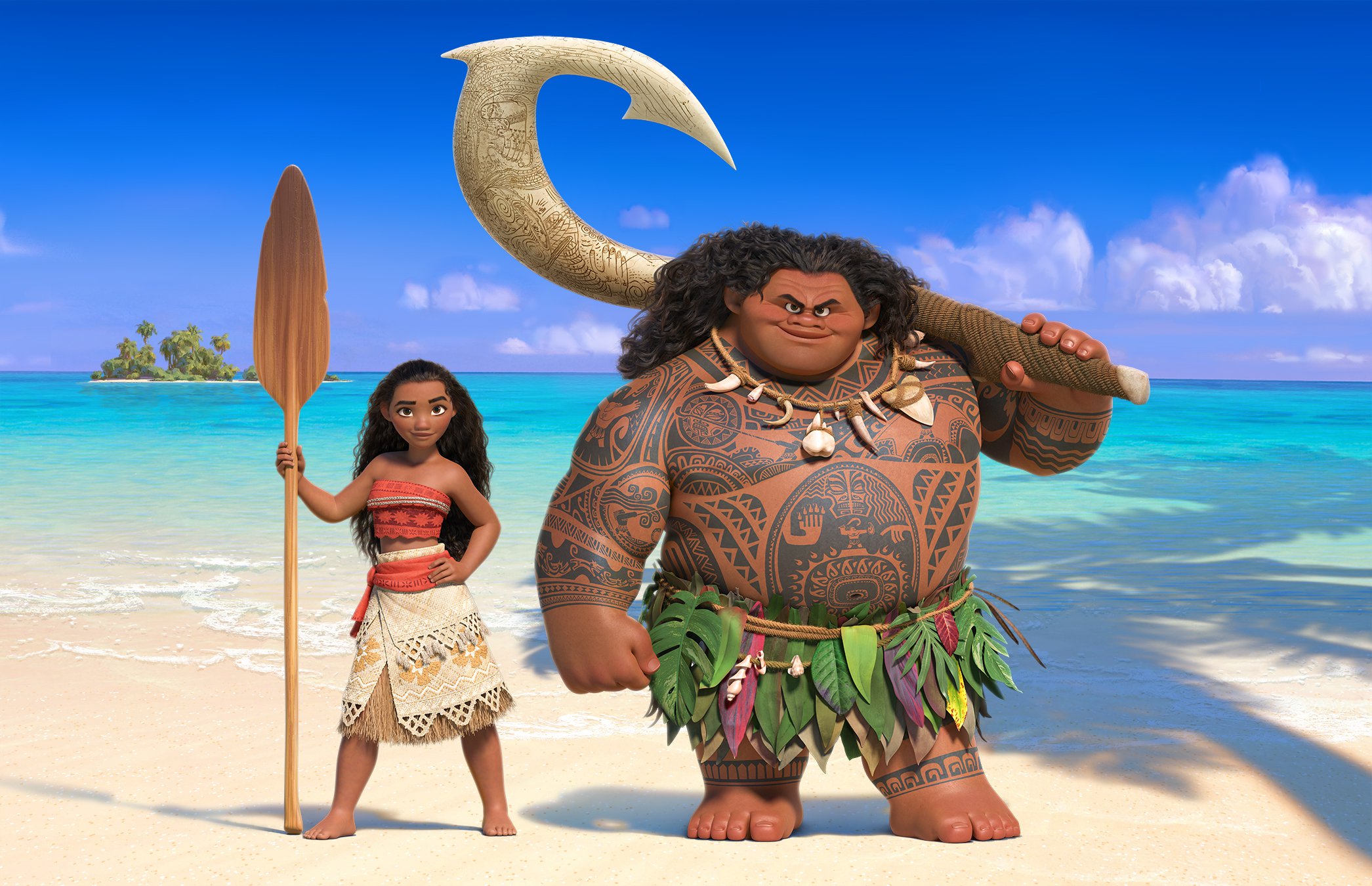 To the Polynesian, those cluster of stars look like as a fish  hook, and specifically the fish hook of Maui.

The main plot of the film is focusing on Moana’s quest; she must traverse across the ocean to save her people from a blight that is engulfing the island they live on.  She cannot complete the quest alone and needs help, and this is where Maui comes in. Moana is told to follow the constellation of the fish hook, which will  lead her to Maui, and he can use his powers as a demi god to ensure Moana will succeed.

Maui is a lot of fun in the film, and it makes good use of the constellation as a plot device to ensure Moana’s quests succeeds. But the Polynesians didn’t choose to dedicate a star and the constellation to Maui by chance. There is a story associated with it too.

Maui was one of the great demi gods of the Polynesian islands. His feats were many, he snared the sun, lifted the sky and discovered fire for men. Yet in spite of his achievements his brothers mocked him still for being a poor fisherman.

Maui decided that he would have to prove himself once again and set himself to catch the giant fish Pimoe. He fashioned himself a fish hook, made from the jawbone of one of his ancestors  with which to catch the great fish.

Pimoe was one of the harder fish to catch, as any who would set eyes upon him would transform Pimoe into solid land. But dismayed Maui was not and took his brothers with him on the ocean so they could see him succeed in his task.

Pimoe was found, and Maui successfully caught him. But Pimoe was so large and so heavy he dragged the canoe down. Struggling to keep hold of the line  Maui’s  brothers turned around and cast their eyes upon Pimoe. His body was then transformed into an island complete with lush mountains, valleys and lagoons, protected by cliffs and topped with mist and rainbows.

A land had been carved out for men to live upon. But Maui was still aggrieved by his failure to catch the fish. He pulled the great hook from out of the land and threw it high up into the sky, where is still hangs there to this day.

As usual with myths, there are often a multitude of versions. In one Maui’s father just gave him the fishhook and Pimoe wasn’t transformed into land, but while hunting him Maui accidently pulled up new land from the bottom.

While Disney might not have got Maui exactly right in Moana, they caught the spirit of the character very well.

The stars do not just have great significance for us who live in western cultures, the stars are very important part of other cultures. If you’re looking to buy a star on the star name registry, know you’re taking part in a very old tradition that crosses time, people and culture.  There’s over 6 million to chose from on the international star registry and you can even get one within the constellation of Maui’s Fishhook (Scorpious) itself.