A little bit of constellation knowledge can go a long way, if you’re looking to buy a star for someone. You might already be familiar with the constellation Ursa Major, or the Big Dipper as it’s more commonly known. If you live in the Northern Hemisphere you can use it to spot Polaris the North Star as the constellation rotates around it as it travels through the sky. 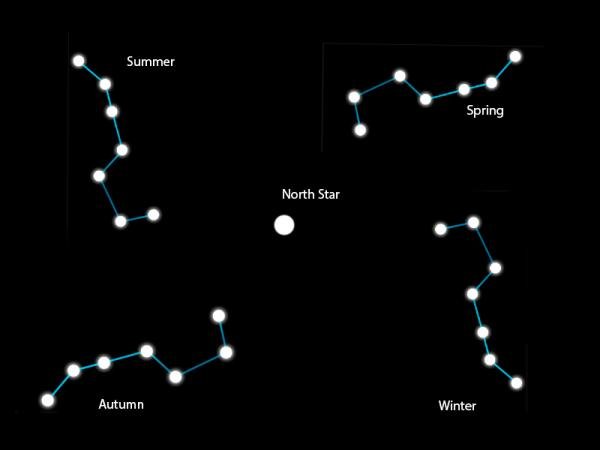 This rotation didn’t go unnoticed by early civilisations, who developed myths around why these stars travelled in such a distinct way. One of these myths is the “Tale of the Great Bear and the Hunters”. There are many different version of this tale and it varies from tribe to tribe. But here’s the version we like best!

Long ago, a party of seven hunters were roaming across the wilderness when they spotted the mightiest bear that they had ever seen. The hunters gave chase to the bear, pursuing it throughout the summer months. When Autumn came the bear had reached the end of the world where the land meets the sky; in desperation it leaped off the edge and fled into the night sky, hoping the hunters dare not follow.

Four of the seven hunters wouldn’t dare go farther and decided to retreat to their villages. Yet three of the hunters dared to follow the bear, and as he did, leaped off the edge and into the night sky.

Seeing that the hunters had indeed followed him, the bear galloped on all fours at the quickest pace he could muster. Seeing an opportunity, the hunters came in as close as they dared and struck the bear in his belly with an arrow.

Blood spluttered from the bear as it continued to rush away; and as it did so its blood dripped down from the heavens and stained the fallen leaves of autumn a crimson red. The hunters kept their chase, certain they would be feasting upon him, being injured as he was.

As autumn turned into winter, the bear had but one move left. Finally, it allowed the hunters to catch up with it. It stopped running and lay down lightly closing his eyes. The hunters caught up and saw the bear eyes close and laying down. Dead or sleeping, the hunters believed their hunt was a success and quickly approached without looking ahead.

Suddenly, the hunters lost their footing and clumsily fell to the floor. It was a trap; the bear had cast a net below their feet. Trapped, the hunters could only watch in horror as the bear stood on its hind legs, just as a man would. The bear then began to ascend into the sky, dragging the trapped hunters in its wake through all of winter and spring. But, when summer came again the hunters escaped from the net and chased the bear once more. 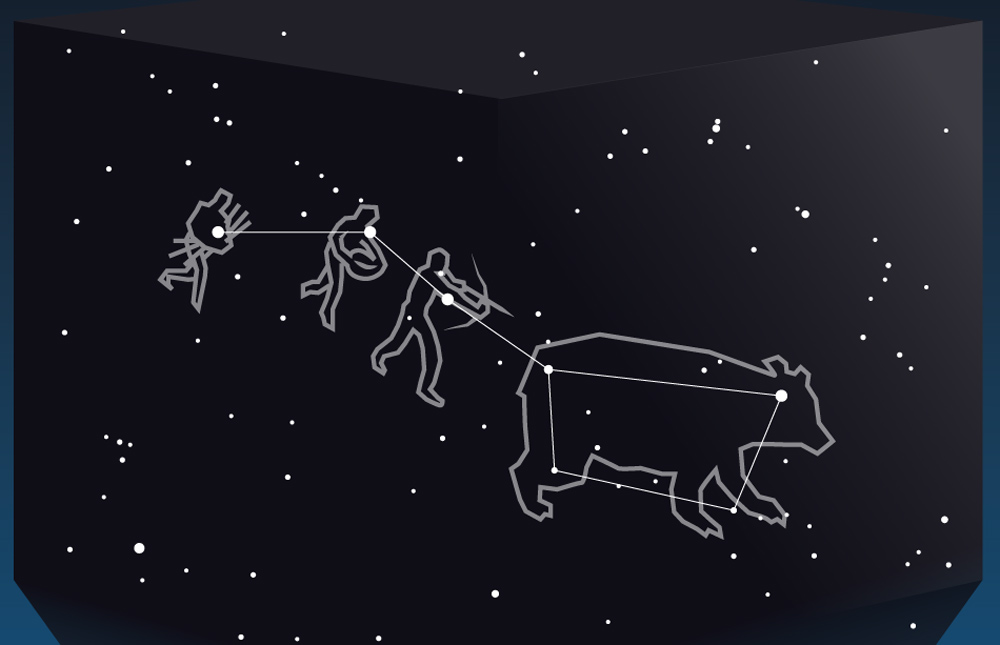 It certainly is one of the more interesting myths to come out of the America. But what it going on with the movement of the stars that led to this myth in the first place?

The reason why Ursa Major is said to have the outline of a bear, is due to the way that the stars change position in the night sky. As we move from autumn to winter the stars rotate clockwise, and resembles the way a bear changes its stance, from a quadrupedal to bipedal position. 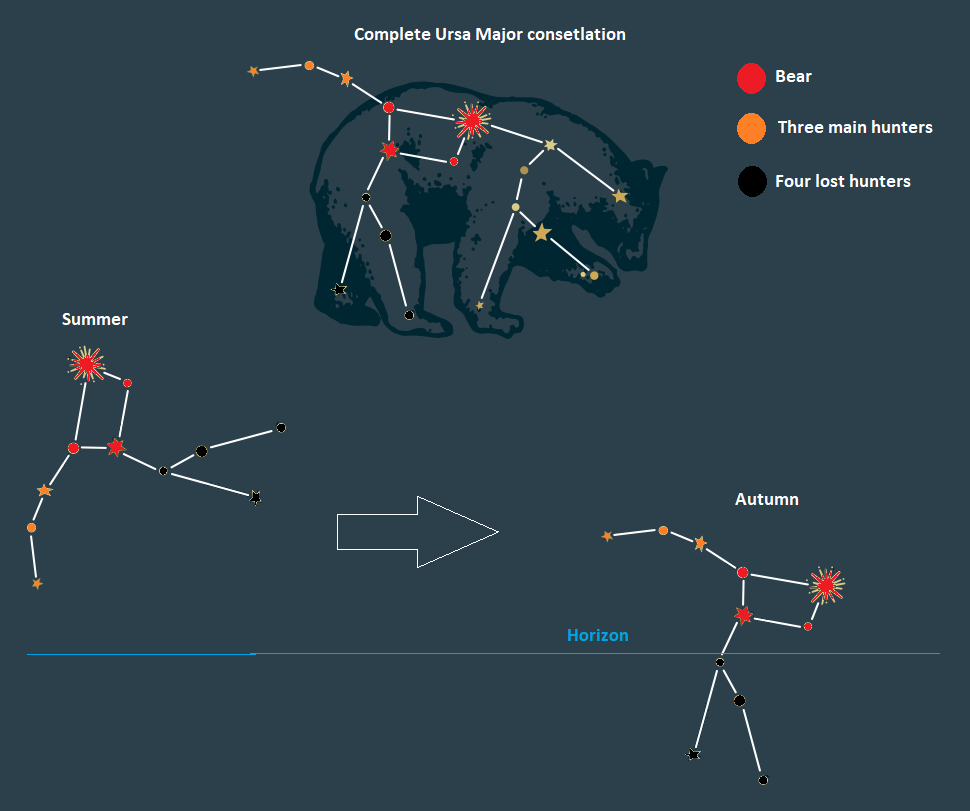 As the stars move from spring to autumn, they rotate clockwise and move downward. During Spring, all seven of the hunters are visible but once the rotation is complete the four lost hunters fall below the horizon. Leaving only three hunters left to now chase the great bear while it runs on all fours.

Throughout autumn, the bear is running on all fours nearest the horizon. Before it turns clockwise again, rising to its hind feet to begin its ascent back into the sky – dragging the captured hunters with it.

There are multiple endings of this myth even within the Native American tradition. In one version, the bear does not capture the hunters, but it is killed and eaten by them. When ascends into the sky, it is a skeleton, lying dead on its back. When the following spring comes along a new bear leaves the bear den, only to be chased by the hunters once more. And the cycle begins all over again.

The great thing about the Ursa Major constellation is that it’s not just easily spotted, but it’s great way to get practice when you want to track the movements of the stars. These tricks for star tracking apply if you want to buy a star for someone, especially if it’s an extra bright star package. Star registration has never been easier!