“Juno sang and it was a song of perfection”. These are the words of Rick Nybakken on 5th July as the Juno spacecraft completed it’s five year long and 1.8 billion mile journey and was able to successfully enter orbit around Jupiter. As it approached Jupiter it was travelling at an incredible 266,000 km per hour! Each orbit of the planet will take the probe 14 days and it is expected to last for 37 orbits when it is planned for it to deorbit and crash into Jupiter.

Due to the incredibly harsh conditions of Jupiter the probe isn’t actually expected to survive entirely intact for the whole mission. For example, the JunoCam is expected to last approximately 8 orbits of the planet. To protect the electronics for this long the probe has been shielded with 1cm thick titanium walls!

The Juno probe is expected to help us to answer some fundamental questions about Jupiter, its composition and its formation. NASA says that “Juno’s principal goal is to understand the origin and evolution of Jupiter. Underneath its dense cloud cover, Jupiter safeguards secrets to the fundamental processes and conditions that governed our solar system during its formation. As our primary example of a giant planet, Jupiter can also provide critical knowledge for understanding the planetary systems being discovered around other stars”.

Aims of the mission include, among others, discovering:

It’s an incredible achievement and we look forward to everything it will discover over the coming months!

Fun Fact: Did you know that alongside all of it’s scientific equipment, the Juno Spacecraft also carries three LEGO mini-figures which represent Galileo and the Roman gods Juno and Jupiter? 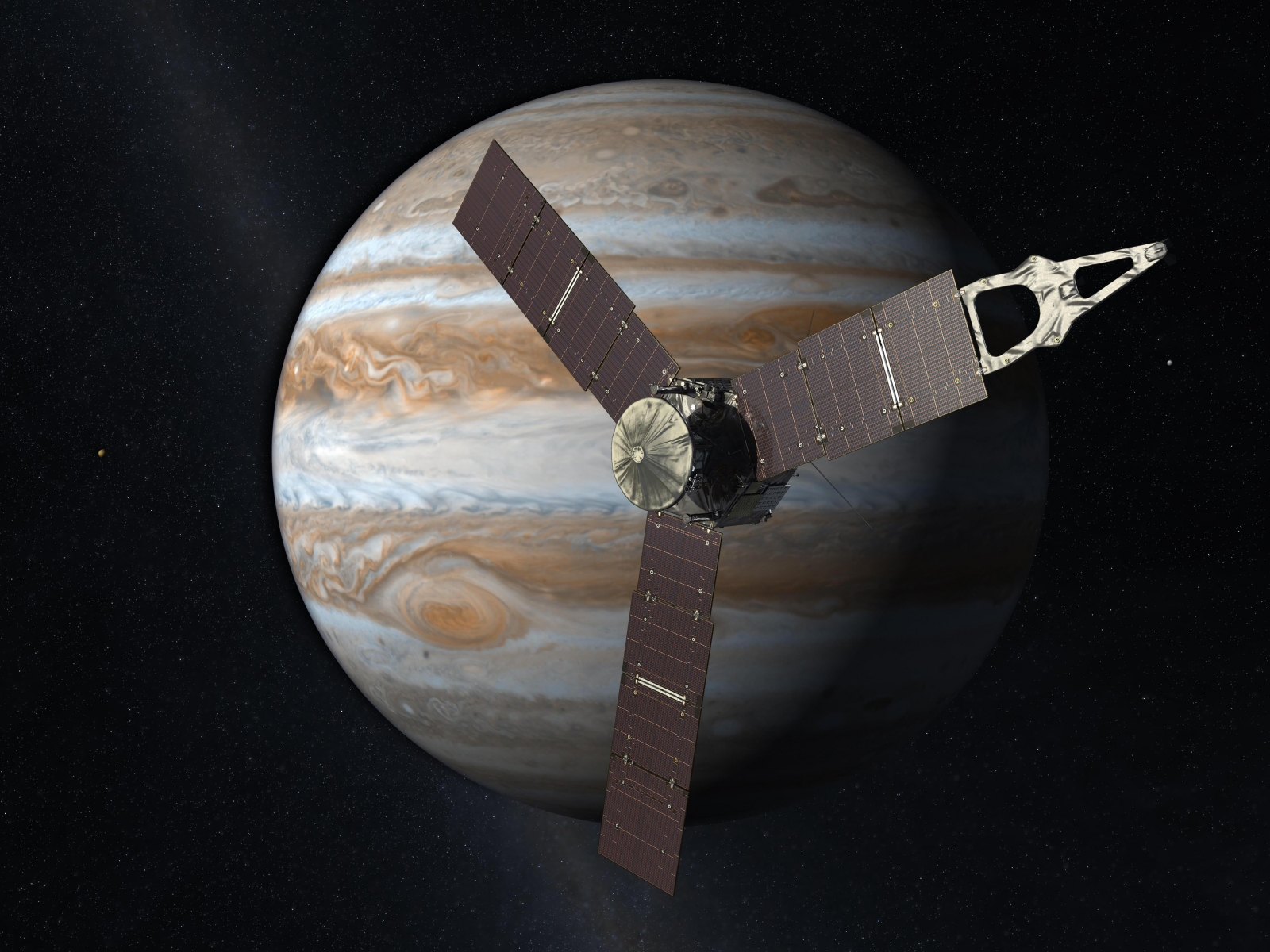