It is now old Hallows eve. Granted, most of you probably celebrated the event over the past weekend, but for the purists among you it is tonight that we get out the pumpkin, put on the masks and layer the fake blood upon your faces. If you’re asking the question, how to buy a star or how to adopt a star, you might be thinking that all the stars resemble our sun.

Alas that is very far from the truth. Today, on the spookiest night of the year we’ll take a look at a more sinister type of star, the Blue Straggler. Aka, Vampire Stars.

Blue stragglers were a puzzle for astronomers for decades. For the most part, they are often found within a cluster of other stars. What makes them stand out is that the other stars within that cluster seem much older. Blue stragglers are oddballs that seem to lag behind in age. Unlike their more ancient neighbours, they appear inexplicably hotter; thus younger and bluer. 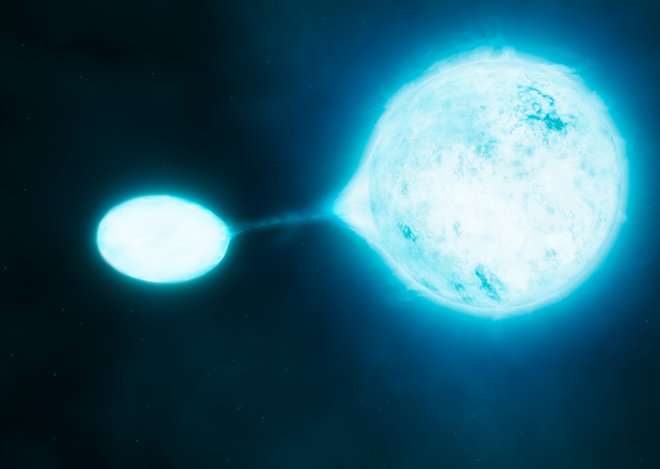 The light from the blue stragglers’ companion stars isn’t visible, but astronomers can detect the effect the blue stragglers are causing on their companions, causing a wobble in its orbit. As the star is drained of its life force, it quivers in fear.

As far as sinister star names go the Vampire Star is a pretty compelling one. Would ever name a star inspired by something of the Macabre? Let us know in the comments!