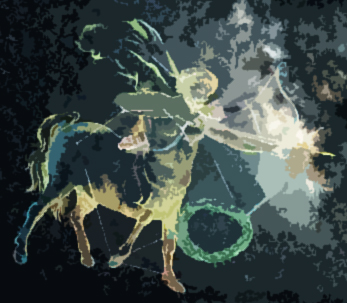 As the end of the year quickly approaches, the month of the Sagittarius begins. With the excitement of Christmas building up, the Sagittarius can go a little unappreciated on their birthday.

There’s lots of ways to make them feel appreciated, if you name a star for them using our star registration service, it’s certainly one option, but getting to know the origins of Sagittarius is certainly another.

If you’re in the northern hemisphere, it’s difficult to spot at it never climbs very high in the sky. If you’re lucky and you can spot it, it will point the way to the centre of the Milky Way Galaxy! 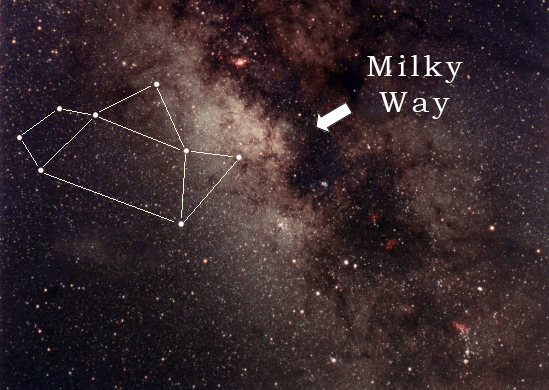 Being able to point to the centre of the galaxy is in keeping with the commonly associated traits that Sagittarius are said to possess.

Curious, energetic, with an open mind that drives them to explore the world; the Sagittarius is the perfect optimistic extrovert you need when pursuing something new and different!

These traits even link to the Greek myths surrounding centaurs. Here’s one very famous tale about Chiron the Centaur. Unlike most Greek Hero’s who were not necessarily heroic (in the modern sense anyway) and chivalrous, Chirron was. 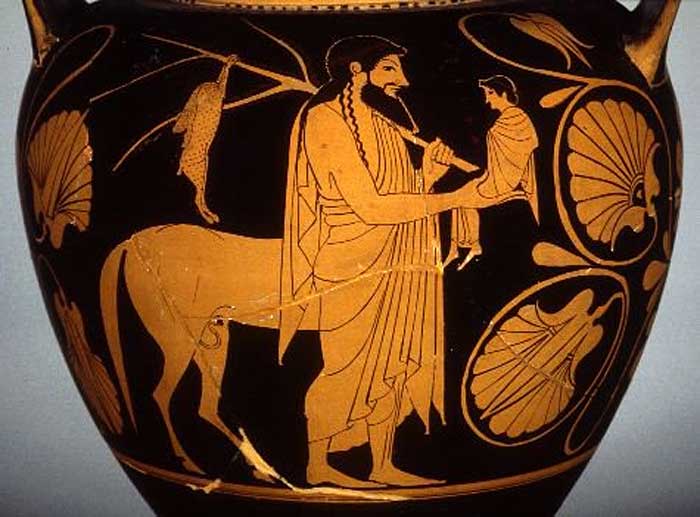 Long ago, when the world was new, the Centaur Chiron was born.

His father was the legendary Titan Kronos and his mother was a daughter of the sea god Oceanus.

Being of such powerful birth, Chiron was an immortal being, destined to live forever.

While many of the other Centaur were known for being a violent and stupid people, Chiron displayed none such traits. He was kind and patient – which made him the perfect teacher.

He trained the great heroes Achilles and Jason -and was renowned and respected amongst all the people of ancient Greece. Yet he shied away from fame and chose to live alone in the countryside.

Yet one day, other Centaur were causing chaos across the countryside. The legendary hero Heracles decided he would wipe them out once and for all. To ensure that death would be inevitable for his prey Heracles tipped his arrows a deadly poison.

On his hunt, Heracles shot Chiron by accident. Heracles pinned as he never intended to kill one so noble as Chiron.

Yet the Centaur did not die – he was suffered to a worst fate. Chiron’s immortality meant that he would die – yet his would continued to cause him terrible agony.

Chiron used all his medical skill to rid him of the pain, but it would not leave him. In the end, he asked Heracles to go on a quest on his behalf. He tasked Heracles with finding a way to let Chiron die.

And so Heracles went on a mighty quest, traveling across desserts and oceans and grassy plains. Until he came across the Titan Prometheus.

Prometheus the Titan agreed to help Chiron. He made Chiron mortal, and enabled him to leave the Earth and die. As he did so, Zues in recognition of his fondness amongst the people of Greece cast his likeness into the sky as a constellation. 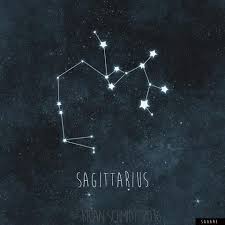 The Centaur is one of the more memorable beasts from mythology and the legend of Chirron is just one story.  And like Zeus did in the legend , you too can dedicate a star to someone you know!

Or if you can choose to adopt a star for yourself. And like Chirron and many of the other constellations it’ll last there for generations to come!