Coldplay’s reputation is, suffice to say, a mixed one at best. Their fans see them as catchy and sincere, while their detractors might view them as sickly sweet and lazy. Nevertheless, they have dominated the music landscape for 17 years and in many ways are the definitive band of the 00’s and the 2010’s. Their career reached an interesting watermark back in 2014 when they had a radical change in sound with their new album Ghost Stories. 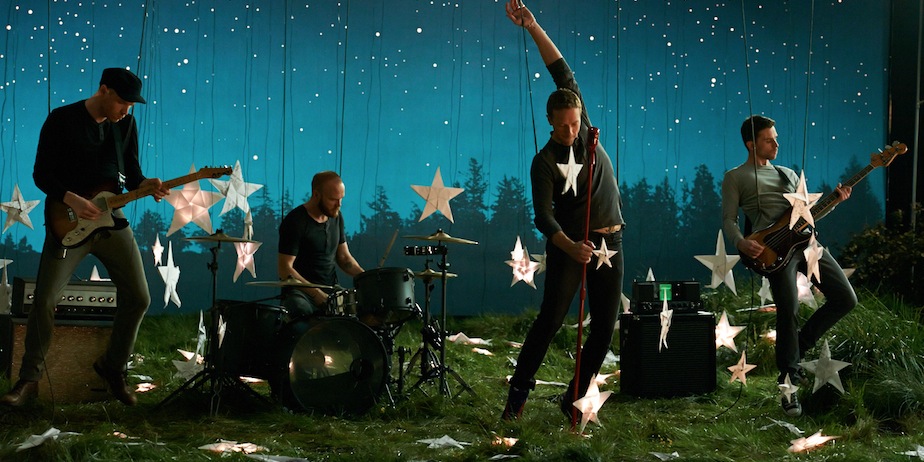 Sky Full of Stars is the penultimate track of said album. When taken in isolation, its meaning would appear to be apparent – the song is a love ballad, to a partner or significant other. Yet another love song.

I’m gonna give you my heart

‘Cause you light up the path_

_I don’t care, go on and tear me apart

I don’t care if you do, ooh

I think I saw you_

Yet, as the lyrics go on and when put in context of Ghost Stories, this wouldn’t fit with the wider themes of the album which is driven by a connection to the spiritual, the intangible.

A quick glance at the ancient cultures of the Neolithic brits, the Mayans, the Egyptians show a need to find meaning in these strange and beautiful lights that linger in the sky. These ancient peoples knew the power and connection made when you dedicate a star or groups of stars to something intensely spiritual.

I wanna die in your arms

‘Cause you get lighter the more it gets dark

I’m gonna give you my heart_

I don’t care, go on and tear me apart

I don’t care if you do, ooh

I think I see you

I think I see you

Such a heavenly view

You’re such a heavenly view

When read in this frame of mind, the song seems less like a declaration of love, and perhaps something even more vulnerable.  A prayer.

Another aspect that makes the song notable is its choice of producer, Swedish DJ Aviici. It transitions Coldplay’s introspective prog rock into modern day EDM. EDM has been an important backdrop in the evolution of 21st century music and is likely to be the defining sound of the 2010’s. Aviici’s contribution gives the song less of a light aired intensity and raises the blood pressure. Designed to be a dance song more than a rock ballad, it brings people together not through its words, but by the feelings and connection that the song evokes.

In a sky full of stars, to name a star is also to build a connection with others. As hundreds of others across the world give names to stars, you feel part of something bigger and more important too.