Work is currently underway on a new 500 metre large radio telescope in Guizhou Province, China. This 1.2 billion Yuan (£120 million) project named FAST (Five Hundred Metre Aperture Spherical Telescope) will involve the construction of 4,450 triangular panels to create its shape. The final telescope will be so large that on scientist working on the project has estimated that if filled with red wine it would provide enough wine for everyone on earth to have five bottles.

The telescope utilizes a natural hollow to provide its support much in the same way as the Arecibo telescope in Puerto Rico. Furthermore to ensure a perfect environment and to remove any chance of electromagnetic interference it has been located in this remote area of China – there is only one town in a 12 mile radius. Furthermore a 5 km area has had to be cleared of human activity, this is to ensure that its sensitive instruments do not get disturbed by terrestrial sources.

FAST will scan an area of sky twice as large of the Arecibo telescope and with a much greater sensitivity. Li Di – a chief scientist from the Chinese Academy of Sciences has said that ‘FAST’s sensitivity and resolution will allow an extremely comprehensive study of thousands of galaxies in different environments in the local universe’.

It is hoped to be completed by September 2016 and is expected to remain a world leading facility for at least the next 20 to 30 years. 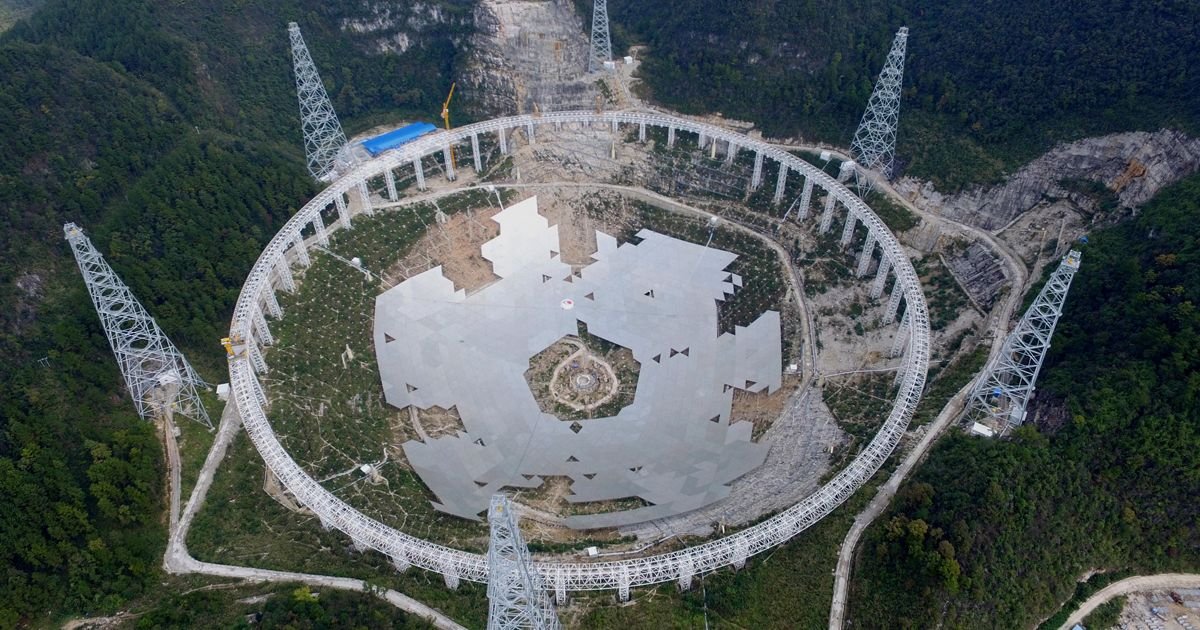