Parts of the universe seem to be moving at an incredible speed in a uniform direction towards the edge of the visible universe and scientists don’t yet know why. This phenomenon – which astronomers have dubbed Dark Flow – is unexplainable by any known gravitational forces in the observable universe. In other words, the movement of these galaxies cannot be explained by the amount of matter contained in the universe.

The edge of the visible universe is the absolute fundamental limit we could ever see. The universe is estimated to be 13.7 billion years old and this limit represents the furthest distance light could have traveled over this period. It is this fact which explains why “dark flow” has remained such a mystery.

Kashlinsky said “”At this point we don’t have enough information to see what it is, or to constrain it. We can only say with certainty that somewhere very far away the world is very different than what we see locally. Whether it’s ‘another universe’ or a different fabric of space-time we don’t know.”

One of the more interesting theories uses “inflationary bubbles”. According to this theory our observable universe exists within a bubble of space time and outside of this bubble space time could have developed in a very different way. It is speculated that outside our “bubble” there are other bubbles (other universes in effect) in which massive structures have formed unlike anything in our universe which are affected the movement of galaxy clusters.

If this theory is true – and could be proved – it could provide us with incredibly valuable information on the beginnings of our universe, its inflation and what, is anything, was there before inflation. 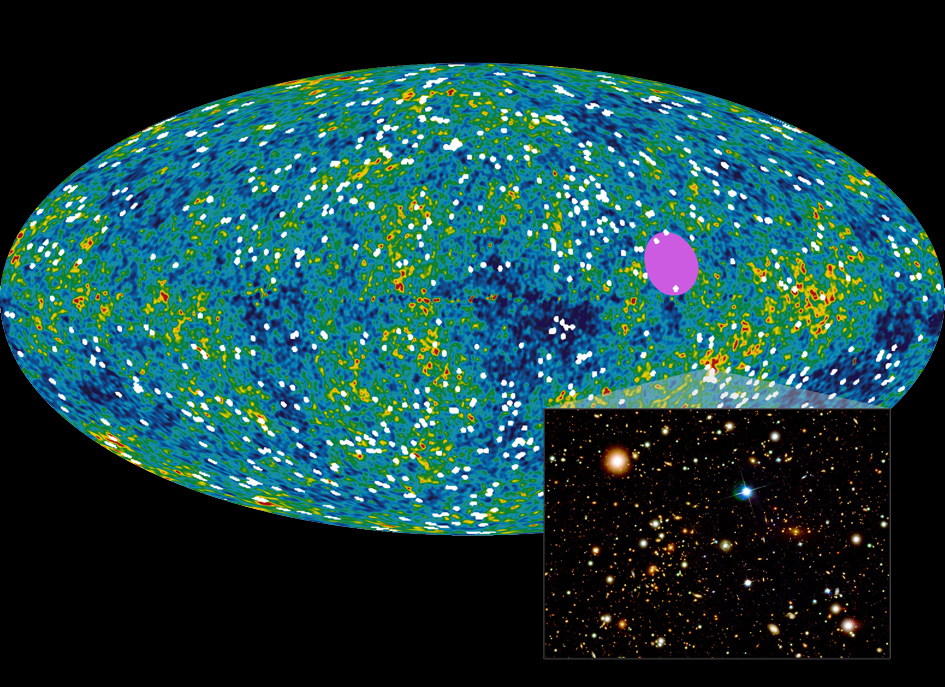