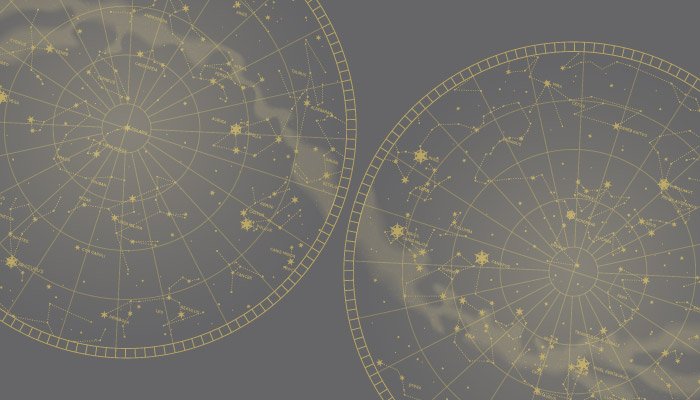 For many of us, Astrology can play a huge part in our daily lives.

It could be in the form of reading your horoscope each morning or finding out the star sign of a potential partner to see if you’re compatible. Everything you can read about Astrology shows that the formation of the stars above means that nothing is left to chance.

But even for seasoned Astrologists, there’s always something new to learn. And in this spirit, we’ve put together 8 interesting facts about Astrology you might not have known.

So let’s get going!

1. Are you a Scorpio? Then you have a lot in common with quite a few world leaders…

One of the most confident, assertive and dominant star signs is the Scorpion - making it no surprise that countless world leaders happen to fall under this sign. Out of 190 global leaders, the analysis showed that those born in late October through to the end of November have the most heads of Government.

So if you dream of one day leading your country, but aren’t a Scorpio, you might need to work a little harder than some others…

Astrology dates back to around 2,000 BCE (4,000 years ago!), with the first form benign practised in Mesopotamia, a region of Western Asia. Astrology has roots in Indian, Chinese and Maya cultures, all of which developed elaborate systems for predicting celestial events, with practical uses for observations.

Most people assume that the day you are born fixes you into one sign, and that’s the end of it. However, what we commonly refer to here is generally your sun sign - which doesn’t include your moon or rising sun signs, which can reveal a lot about your personality and future.

In fact, you can work out your ‘big three’ signs (as they’re known) by noting down your birth date, time, and location, to give a much more accurate representation of your Astrological connections.

4. Many US Presidents have been Astrology lovers

That’s right, some of the most powerful people in history have paid close attention to their star sign and what it meant for them.

This includes President Theodore Roosevelt, who would quote horoscopes and observe his birth chart frequently, as well as President Ronald Reagan who was said to have consulted an astrologer before making major decisions for the future of his country.

5. Instead of Astrological signs, people in Japan use blood type

Yep, you read that correctly - it’s commonplace in Japan to attribute personality traits to blood type, rather than star signs. Imagine settling down on a first date, and your match cautiously asking “So what’s your blood type?”

We’d certainly be a little creeped out. Then again, it comes down to differences in culture - and some of the things Europeans and Americans do every day would seriously puzzle many Asian communities too.

Looking for a gift as unique and extraordinary as these facts above?

Then why not take a look at Star Name Registry! We have an impressive range of truly special gifts for several occasions, to mark the celebration with something to remember.